ALBUQUERQUE, N.M. — The Lobos played at University Stadium Thursday evening for the first time since 2019. They took on the Houston Baptist Huskies.

The Lobos looked great early, first they got a turnover and the transfer from Kentucky, Terry Wilson, cashed it in. The next time they touched the ball, Wilson got it to Trace Bruckler for another touchdown pass. The Lobos ended the first quarter 14-0.

However, HBU made it a game with a punt return and a field goal.

Wilson then hit the Huskies with a big play – 47-yards to Keyonta Lanier – the first career touchdown for the freshman.

HBU got a touchdown pass in the fourth quarter, bringing the score to 24-17. Then the Huskies got another field goal, leaving the score 27-17. 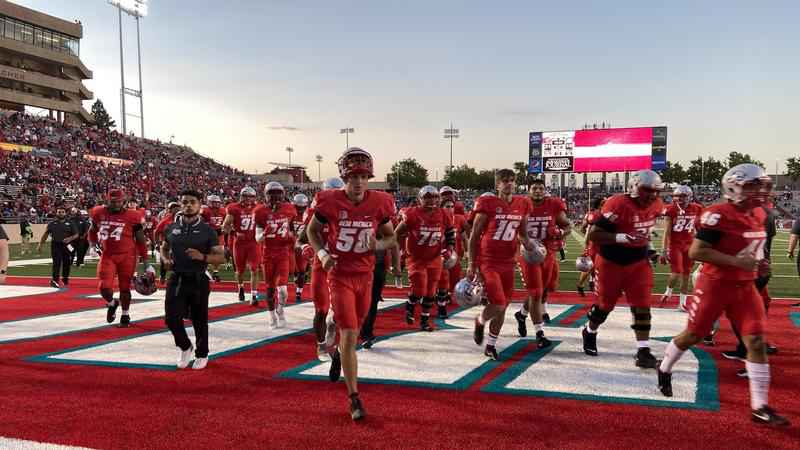 The Lobos won, marking the third straight win for UNM dating back to 2020.