Local activists say Juneteenth is a step in the right direction

ALBUQUERQUE, N.M. — Local civil rights activists say they’re grateful to have Juneteenth on the calendar as a federal holiday, but this is just the first step in the right direction.

So what is Juneteenth? The long-celebrated emancipation holiday recognizes June 19, 1865, when many people who were enslaved in Texas were freed.

Abraham Lincoln may have signed the Emancipation Proclamation in January of 1963, but it took two years for that to take effect in Texas.

"It’s not until June 19 of 1865, two and a half years later, that General Gordon Granger rides into Galveston, Texas," said Cathryn McGill, the founder and executive director of the New Mexico Black Leadership Council. "And he delivers his order, order number three, that says the slaves, and we’re gonna adjust that to say people who were enslaved, are now free."

Juneteenth was declared a state holiday in New Mexico back in 2006. Now, it’s a federal holiday after President Joe Biden signed legislation this week. But why more than 150 years later? 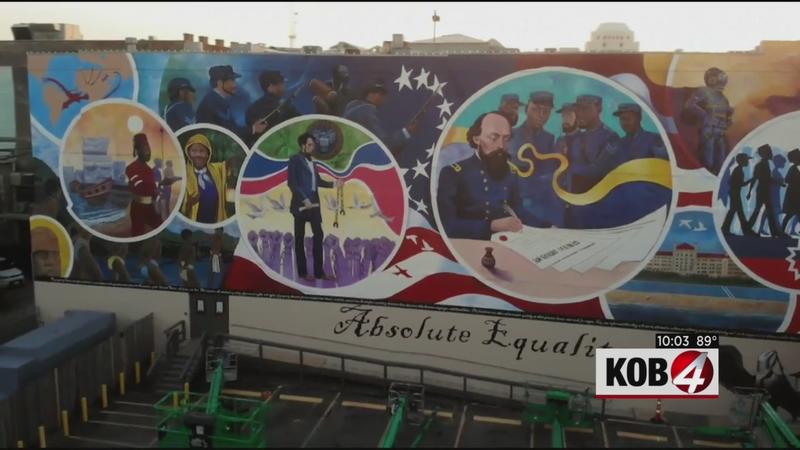 "2020 was a year of racial reckoning for us," McGill said. "Certainly Geroge Floyd’s murder was the catalyst for a lot of the things that are happening, but what we always want to keep in the forefront of our thinking is that all the issues we are talking about predated George Floyd — they predated COVID-19 and the pandemic."

Education, police reform and economic equality are also on the forefront for civil rights activists.

"We can’t afford to go to sleep, however, because the envious are still at the gate," said Jim Harvey, the executive director of the Albuquerque Center for Peace and Justice.