RUIDOSO, N.M. —The Fabulous Ladies Book Club has a national spotlight on them after The Washington Post and Michelle Obama brought attention to their work helping Lincoln County residents register for COVID-19 vaccines.

The club was founded in 2013 by Gillian Baudo. It’s evolved since the pandemic hit.

“I mean the purpose has remained the same — to create community and to explore literature,” she said during a virtual interview.

There are currently 11 club members. Instead of meeting up to discuss their latest read, they focus their energy on something no one might have expected — to get their community vaccinated.

But how did the shift happen? 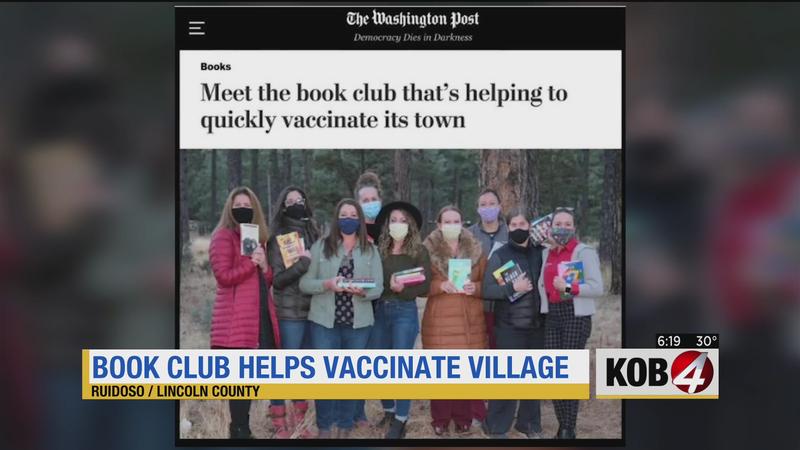 Dr. Stephen Rath is married to one of the book club members. He got a call from an employee with the New Mexico Department of Health last month.

“She said we didn’t have anybody in Lincoln County that was willing or able to vaccinate the public. She said they had vaccines to send to us if we could or were willing to open up a vaccine clinic,” he explained.

He opened up a vaccine clinic at a private practice, Fusion Wellness. He said trained medical staff vaccinated 2,700 people since they started in early January. They are following the state’s health department’s guidance on vaccinations.

The Fabulous Ladies played a major role in getting people to show up.

“It was a lot of trying to put it out there, reaching out to people we knew, taking pones calls from 7 a.m. I had people texting me at 11 p.m. All of us are trying to do full jobs the entire time,” said Alexandra Born, a book club member.

Their hard work didn’t go unnoticed. The members said they’re happy for the national recognition from The Washington Post and Michelle Obama, but they aren’t losing sight of what’s important.

“That’s not what it’s about. It’s about having some action and being able to help, finally. And do something,” said Kaycee Stahl, a book club member.

They hope others who heard of what there are doing, are inspired to do their part because it might just take a village to beat the virus.