ALBUQUERQUE, N.M. — Local cannabis entrepreneurs are going through New Mexico’s permit process and hoping to compete with the corporate cannabis players that are already established in the state.

In the East Mountains, the Goold family has big ambitions for the new industry. They started Mama and the Girls, a budding dispensary. They are putting the final touches on their applications to the Cannabis Control Division, but have found there is a lot of risks for them.

"If you already had a pile of money, and land with water rights, it’s real easy," Cory Goold said. "But if you don’t have those, it gets complicated."

Security, water rights, attorneys, banking and where to grow are huge barriers to enter the industry. The Goold’s said they have enough property to build, but it’s not zoned properly. They’re currently looking at property just outside of Estancia, hoping to have an 800-plant, 10,000 square foot facility – if they can get approved.

Overall, the Goold’s estimate the low-end starting costs will be more than $100,000. 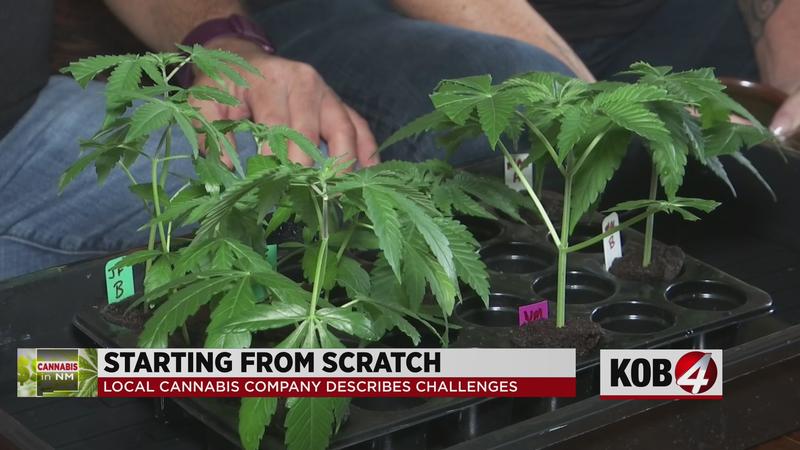 "There’s always a sense of panic, like, I mean, this happened really fast," Arin Goold said. "It’s kind of amazing that they put it together that fast. I don’t know if it’s good or bad, it depends on the day and when you ask me."