Local doctor breaks down myths about COVID-19 vaccine side effects

ALBUQUERQUE, N.M. — As more and more New Mexicans get vaccinated, there is still some hesitancy among some groups of people—such as millennials—due to the side effects.

According to some national surveys, most of them skipped out on the flu shot. Now local doctors said they’re hoping that’s not the same reality for the COVID-19 vaccine.

Dr. Mark Epstein, with True Health New Mexico, said he’s aware of the hesitancy, and the vaccines’ side effects. He said the belief that those effects are worse among younger, healthier people are merely a myth.

"It’s not significantly different from the younger group to the older group,” he said.

"These don’t require any medical intervention whatsoever. They last one to two days,” he said.

The reaction is a sign that the body is reacting to the vaccine and boosting its immune response.

"Being that younger folks have a more robust immune system, they may feel that they are having more of these reactions, but in actuality it’s not significantly different,” he said.

So how common are these reactions? In New Mexico, where we just passes one million shots given, there have been fewer than 270 vaccine reactions recorded, according to the CDC. The vast majority of those reactions were relatively minor and normal.

“It’s only a mild reaction, and it lasts a very short time compared to the risk of COVID, which is very real even of all ages and not to mention the risk of spreading it others even if you don’t have COVID yourself,” Dr. Epstein said.

If you’re still concerned, Dr. Epstein said it’s worth reaching out to your doctor to fully understand the risks with the vaccine versus the virus. 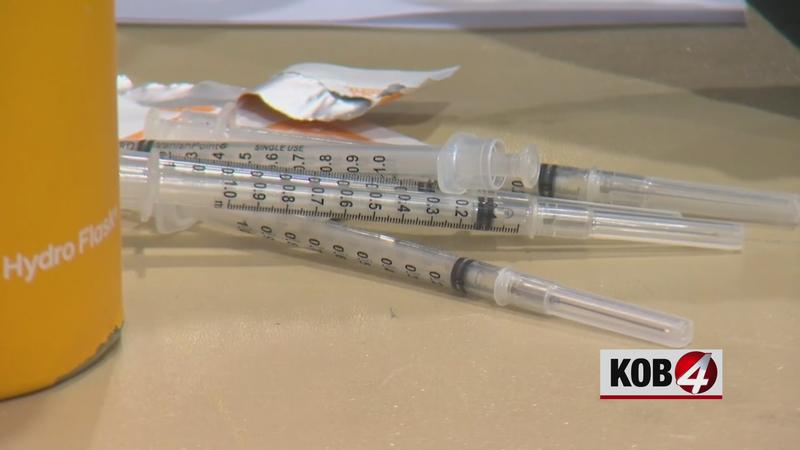