ALBUQUERQUE, N.M. – A family is still in shock after a couple was killed in a crash hours before their first wedding anniversary.

The suspect has a troubling history on our roads going back to 2015 a drunk driving conviction – another serious crash – and most recently earlier this summer driving with a revoked license. The worst chapter for him could be last week’s crash that killed that young couple.

Skid marks and spray paint mark where Bryana and JD Griego died, together, one week ago along I-25 near Santa Fe, both were killed one day before their first wedding anniversary.

"Just totally shocking and devastating, everybody that met them knew how positive they were. This definitely, two good people got taken out of the world,” said Daniel Martinez, Bryana Trejo Griego’s cousin.

Martinez said they grew up like brother and sister.

"My aunt, that was her only daughter, so the impact on her is gonna be a lifetime sentence that she and JD’s parents didn’t deserve for either of their children,” said Martinez.

Police said the couple died last weekend when another driver, Andres Lira Hernandez, didn’t stop at the N.M. 599 and I-25 interchange – and slammed into their car.

They arrested Hernandez because he had a warrant from 2019 – for reportedly not stopping at a DWI checkpoint – and was charged with drunk and reckless driving.

A year later – an Albuquerque man sued Hernandez for hurting him in another serious crash.

Just this past June, police stopped Hernandez for speeding and discovered his license was revoked.

"He chose to drive recklessly and didn’t care about anybody’s life out there. This could’ve happened to anybody and it will happen again if people don’t take revoked licenses seriously,” said Martinez.

Martinez said he can only hope this tragedy – means another New Mexican family won’t have to endure this hurt.

"The only thing I think might bring some sort of sense of justice is the outcome of what happens with the case and if Mr. Hernandez is fully charged. But nothing will ever bring back Bryana and JD,” he said.

Hernandez has not officially been charged in this deadly crash – yet, but he is in the Bernalillo County jail tonight because he violated probation in that 2019 case. He’ll be in court later this week. 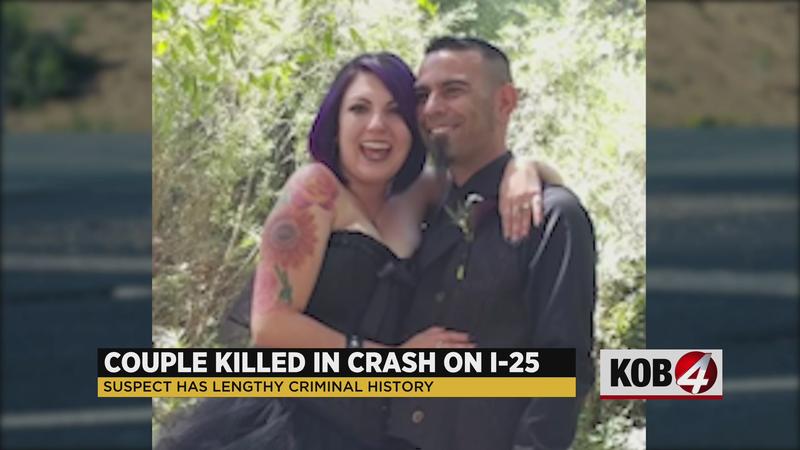