Gas is still at an average of more than $4 a gallon in New Mexico and nationwide, though both of those amounts have dropped a few cents in the last week.

Selflane, a New Mexico-based company, has been taking a hit. They partner with 200 Albuquerque restaurants to deliver food – their business really expanded under COVID-19 restrictions. They used to have 200 drivers, but that’s dropped by 20% since the gas prices skyrocketed.

"We made the initiative to pay drivers more, we had to," Kevin Zhou, Selflane co-founder, said.

Just like the big national delivery companies, Selflane is charging a dollar more per delivery and an extra 50 cents per mile. 100% of the extra cost goes directly to their drivers. 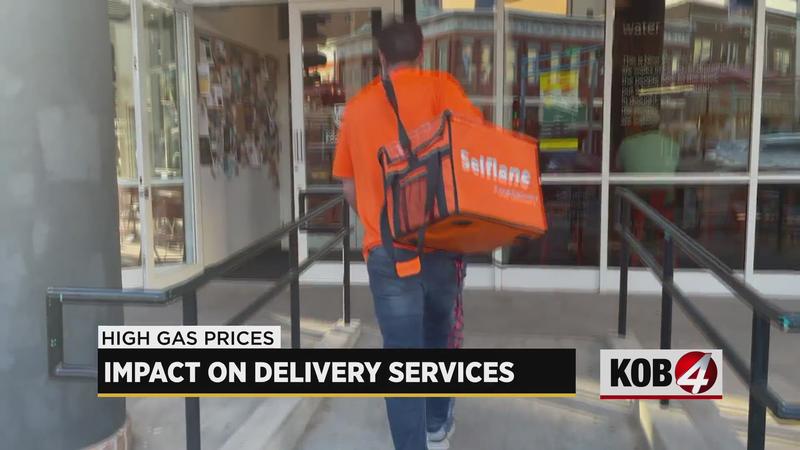 "We’re still busy," said Mike Ortiz, the director of Selflane’s delivery services. "The drivers are doing a good job out there. They’re doing the best they can."

One driver told KOB 4 that it’s a good thing he loves what he does – but if the prices continue to skyrocket, he might have to start looking for another job.

The fuel costs are also hurting restaurants, like Dave’s Valley Grill in Los Ranchos. They said it is sometimes doubling the cost to get products.

"All the distributors have started putting a fuel surcharge on every order I receive from them," Owner Dave Hanisch said. "Limes used to be $40 for a 40-pound box, and this week they’re almost $100."