ALBUQUERQUE, N.M. – A local gymnastics gym and trainer is passing on the Olympic spirit.

"It’s exciting to see that this is the first step of their journey and the sport, the difficulty of the sport, it requires almost a lifelong commitment to get to the highest level and hopefully they’ll start here, I’m the fifth Olympian from this gym and hopefully we get a sixth," Burch said.

Bronze-medal gymnast Joey Hagerty competed at the 2008 Beijing games – and now passes his knowledge and experience to young athletes like siblings Korbin and Reed Moyer.

"I’ve been told that champions are made when no one is looking right," Korbin said. 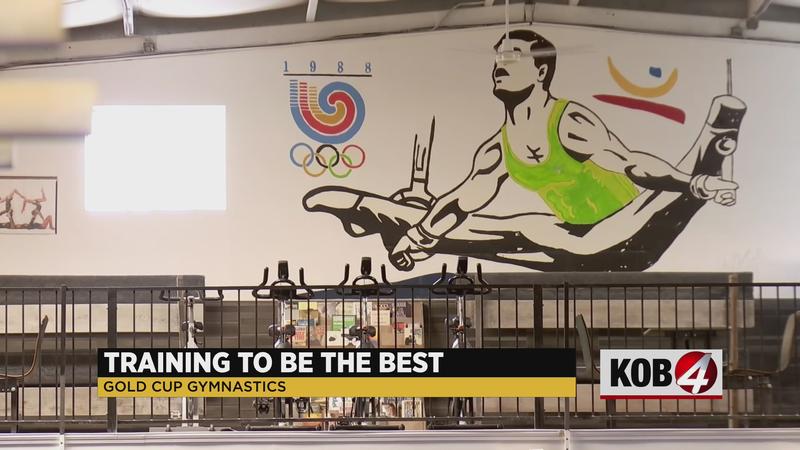 Some students are even homeschooled, to create more time at the gym.

"Four hours a day pretty much during the summer and about three and half hours during the season, it’s a lot, there’s not a whole lot of free time but every second is worth it," Reed said.

With each Olympic cycle, new fans of the sport are made and with Simone Biles leading Team USA again, this year the boom will be noticeable.

"This year you watch, the numbers are going to increase twice to three times as much she’s a good representative of our sport as well not just because she’s a great athlete, but she’s also a good spokeswoman for the sport,” Burch said.

As the Gold Cup athletes train in Albuquerque, Hagerty reminded people not everyone will be an Olympian, but they’ll understand what it means to have the heart of an athlete.

"The beauty is a sport, it’s not necessarily everything that goes involved with it, it’s the athletes doing the hardest skills to the best of their ability and no matter what happens it’s beautiful,” he said.