ALBUQUERQUE, N.M. — As pandemic restrictions begin to ease, some businesses are being met with a new challenge: labor shortages.

Steve Tracy, owner of Simplicity Home Care, sends care staff into the homes of seniors and veterans for companion care or more hands-on care. Tracy said he saw a steady increase in demand over the last year, but is now facing a bigger problem.

Tracy said this started a month ago.

"We could use help immediately and ongoing,” he said.

He even called past staff, but was met with the same answer.

"I reached out to her and offered her a position, and her comment to me was, ‘I’m making really good money on unemployment. And so if you can pay me under the table, then I’m happy to help you out.’ But, so that was, that was a cop out. Of course we can’t do that, we wouldn’t do that, but the mentality has shifted completely to ‘I need to work for a living’ to now ‘I don’t have to do anything for a living,’” he said.

Tracy said he had to turn away 12 families last week that wanted care, and referred them to others in the industry even though he knew they’re facing the same problems.

"The problem is that there’s a lot of seniors that need help, and companies like ours aren’t able to provide that help because we don’t have staff,” he said.

According to a national study, last month 42% of small business owners said they couldn’t fill positions. Some blame unemployment.

Millions of Americans on unemployment are guaranteed $600 a week through the end of September, but Tracy said he wants people to know the importance of hard work and bettering the community.

Nearly two dozen states have brought back a rule that requires people to look for work while on unemployment. As of right now, New Mexico doesn’t require people to do that. 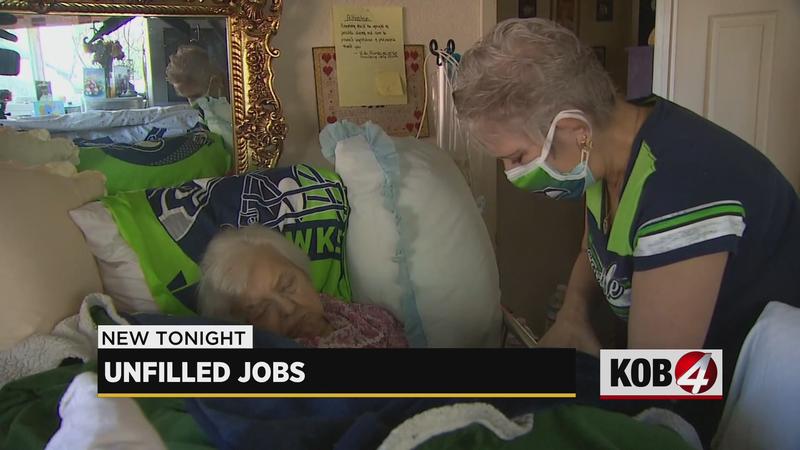