ALBUQUERQUE, N.M. – Officer James Eichel is back at home now, after leaving UNM hospital with cheers from staff and fellow officers.

Eichel was shot in the arm while responding to a call just over a week ago.

His release was welcomed news for many in the community, including a local nonprofit — who he formed a bond with — and who has a special nickname for him.

“I cried, he’s become a special friend to all of us and I had to send my staff down and tell them, and the whole staff cried. We all know who he is,” said Kim Kerschen, executive director of Locker #505.

Because more than a year ago, in the middle of the global pandemic, someone broke into Locker #505 and stole thousands of dollars worth of clothes. They took a computer and left a lot of damage.

Eichel responded to the call.

“He couldn’t understand somebody stealing from the kids. You could tell right away he really cared, so he stayed with us most of the day and helped work through things,” said Kerschen.

In fact, that wasn’t the last time they saw him.

“He would call and check on us, or he would come by on his off hours and check on us. Before we knew it, we had established this relationship with him," said Kerschen.

Eichel even brought other officers to visit and learn about the nonprofit.

“He’s brought donations in, he’s introduced us to other officers so that they know that we exist. In the case of domestic violence, fire, anything like that, they can refer families or kids directly to us,” Kerschen said.

While most people knew him as officer Eichel, at Locker #505 Kerschen said they had their own nickname for him.

When Pizza 9 held a fundraiser for APD, the staff at Locker #505 made sure to chip in.

“He cares outside of his job. It’s not just cause he’s a police officer that he cares. That he’s a good person," said Kerschen. 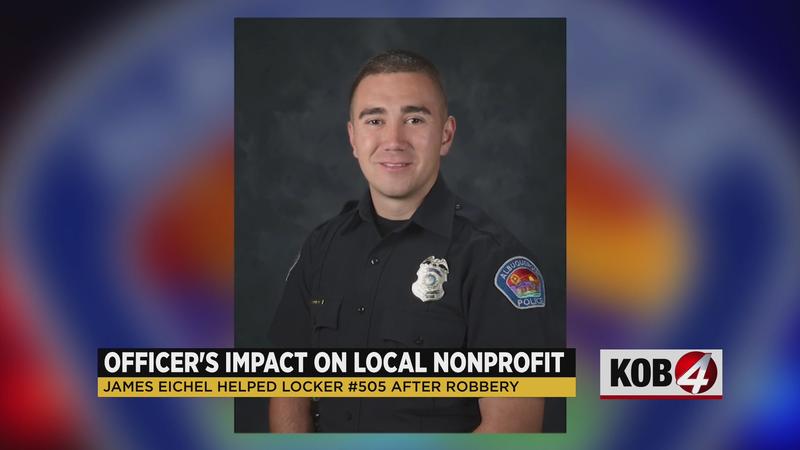