He’s performing his new song live and he’s counting on your votes to advance.

KOB 4 checked in with him before the big show.

“I’m excited. I hope you know it is live and I’m coming with it," said Khalisol.

Khalisol is ready to show the rest of the country what New Mexico hip hop is all about.

"I don’t really like to look at like, pressure being a thing on my back. Obviously, I know I’m representing New Mexico. We’re not really like the most known state out of everything," Khalisol said.

The Albuquerque rapper is set to perform his new song "drop" live on the “American Song Contest" Monday night, competing against 10 other states and territories for a spot in the semi-finals.

He says he wrote the song before he knew about the contest and it’s an anthem for the folks in the background.

“I came with the song that was dedicated to my wallflowers. So I presented it in a storytelling like, you know, I’m getting ready, going downtown painting the scene, painting the atmosphere around me. But ultimately, my goal is to get all the wallflowers dancing."

He knows it’s not just about the song. Khalisol couldn’t share too many details but says he’s going all out for the actual performance.

"Just being able to be free on stage and display my talent and inspire those back home to be like, ‘Yo, this kid was just in our neighborhood a month ago, I seen him up the street.’ So that’s like, the coolest part about it, man."

And he’s counting on all those folks back home to help him win.

Only 22 states and territories will move on to the semifinals, and viewers like you get to vote on who makes the cut.

"I hope New Mexico got my back. I mean, we come in from the underdog state. So you know, everybody loves a good underdog story.”

Both Colorado and Texas already secured their spots. Khalisol is hopeful New Mexico will join that list, but says at the end of the day — representing the Land of Enchantment is reward enough.

"I want to tell everybody in the 505 and the 575 that this is for you, nothing gonna stop us from knocking the door off this mug so it’s dedicated to y’all."

Khalisol said there was a live watch party for his performance Monday night at 377 Brewery at Gibson and Yale.

Watch the performance below and cast your vote online here. 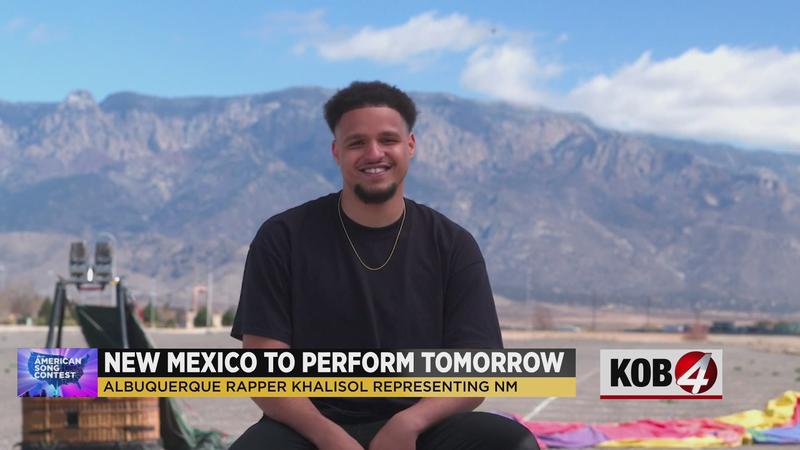