ALBUQUERQUE, N.M. — It’s not uncommon to hear conservative talk show host Eddy Aragon talk about his mayoral campaign on his radio station, and now an ethics complaint has been filed against him because of it.

On Wednesday, Karen Montoya the chair of the political action committee Save Our City, which has also endorsed Manny Gonzales filed the complaint to Albuquerque’s ethics board. "It’s a clear violation of both federal and city law which is really a big deal," Montoya says. The complaint focuses on two areas: The first is that Aragon is not reporting In-Kind contributions claiming that since Aragon promotes his campaign on his radio station, it needs to be filed as a contribution. The other aspect is that Aragon is violating federal law by not giving other mayoral candidates equal time on his show.

"I think it’s petty politics," Aragon says when asked about the complaint. He is the CEO of Rock of Talk LLC says he is not violating any guidelines because he does offer the candidates the opportunity to go on air with him.

"They just have to go through the formal process of just submitting the request to do it and we would honor that request we have to honor it 100 percent that’s part of being an FCC licensee," Aragon says, “I’d debate them every single day right here on our radio station.”

KOB 4 spoke with Marty Esquivel, a media law attorney about this complaint. He made it clear he is not privately or publically any of the three mayoral candidates. He is also a registered voter in Santa Fe. His take, "I think Mr. Aragon could find himself in hot water over violations of the Equal time obligations under federal law,” Esquivel says. "He has a major problem by acting in his capacity as a radio host and continuing his candidacy."

As far as Aragon offering each candidate the opportunity to come on his show, Esquivel says it’s a little more complicated than just an invite.

"If Mr. Aragon has unfettered access to the airwaves without people asking him tough questions for an hour, then my take would be Mr. Keller and Mr. Gonzales would have the right for unfettered access within an hour as well without being interviewed by Mr. Aragon," Esquivel says.

However, when we asked Esquivel about the complaint being submitted to the City’s Ethics Board, he believes they really don’t have the jurisdiction to rule on this because it deals with Federal regulations. Montoya says she does plan on forwarding the complaint to FCC. 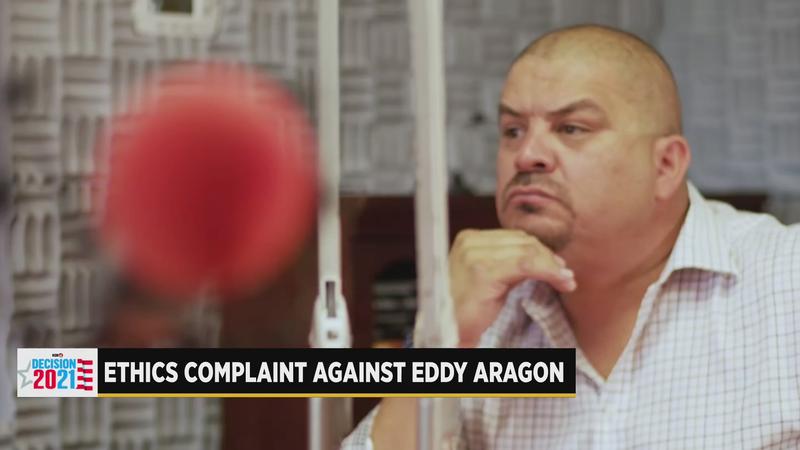