It was discussed early on that this would be a forum and not a debate. But candidates Mayor Tim Keller, Sheriff Manny Gonzales and radio show host Eddy Aragon were certainly taking jabs at each other.

The big issues were still at the center, such as homelessness that needs to be addressed. Mayor Keller admitted the homeless population has grown by thousands during his administration. The Gateway Center was a big talking point.

“You are able to go there and have a bed, have a shower, have food and then get sorted out, get addiction services, a housing voucher, get supportive housing, that’s what we need to fix the gap in the system,” said Keller.

“I don’t believe the facility at Lovelace is the place, they’ve colonized homeless, or people in crisis here. What we should do is build an advocacy center where we can build success, these people need treatment, wrap-around services, and a lot of other services and not leave them out in the street,” said Sheriff Gonzales.

The New Mexico Black Voters Collaborative also tried to hold the candidates accountable. They brought up Keller’s push for the soccer stadium and large request for city dollars. For Gonzales they brought up the ethics complaint, where recently his campaign was just fined $2,000 by the ethics board. For Aragon, they questioned his statements on Juneteenth.

The forum can be viewed on the NM Black Voters Collaborative Facebook page. 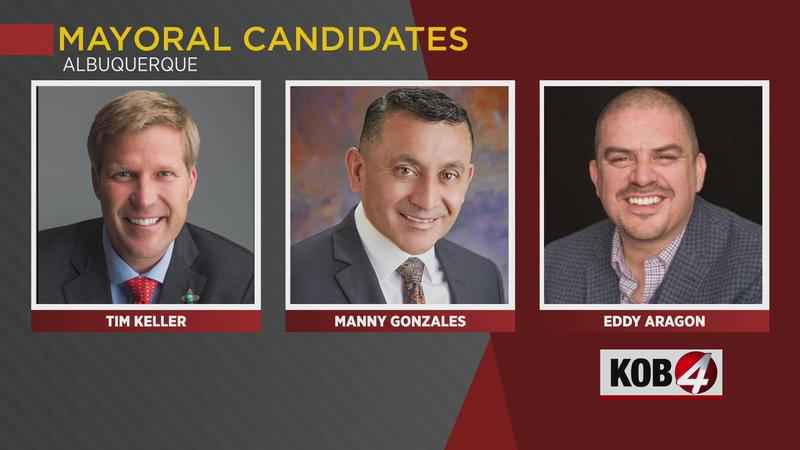