ALBUQUERQUE, N.M.- Doug Dorame is ready for his next chapter.

The longtime girls basketball coach is retiring after 40 years on the sidelines.

He spent the last 15 years at Albuquerque High coaching girls basketball, track and field and serving as athletic director.

Dorame started his career in 1981 in Colorado .

He began his coaching career in New Mexico at Cibola in 1985. 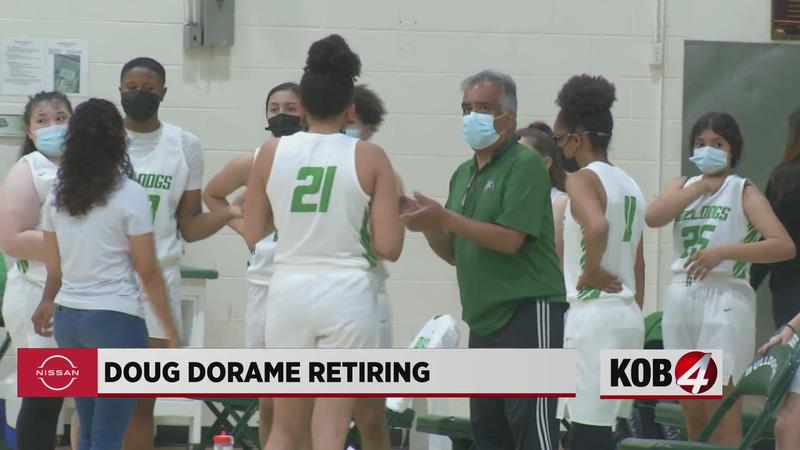 As a coach, he racked up 427 wins in girls basketball, which is the most within Albuquerque Public Schools.

Dorame said he’s ready to take a break and spend more time with his family.

"I’m used to being in the grind every day, so I really am tired," he said. "I would like to just you know I’m sure eventually I haven’t ruled out coming back in a year or two, but I just need to rest right now."