ALBUQUERQUE, N.M. — It’s been a brutally cold start to the week in New Mexico, with temperatures dropping below zero in most parts of the state.

When it’s this cold, people can get frostnip within minutes and frostbite in less than an hour.

"It can take actually very little time in this weather," said Dr. Ian McIsaac with Lovelace Health. "It tends to affect the areas that are least protected, less blood flow — your nose and ears, fingers and toes."

Freezing and below-freezing temperatures blew into New Mexico over the weekend. Dr. MsIsaac said residents need to protect themselves because frostbite can result in losing fingers and toes, but hypothermia can result in death.

"As you dip into worsening hypothermia, it can cause drowsiness, altered mental state, unresponsiveness and eventually it’ll lead to death," Dr. McIsaac said. 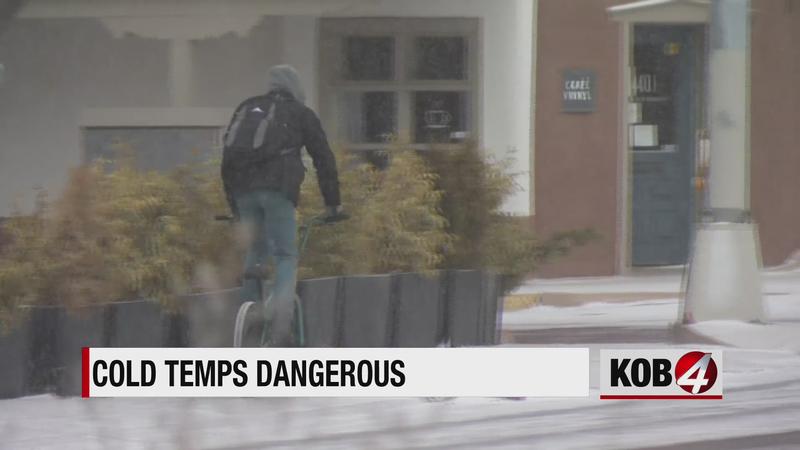 He said that when it’s this cold in the state, Lovelace expects to see at least two or three people come in with hypothermia. Usually, it’s people who are homeless.

"Our homeless population, though there are resources to allow them to get to homeless shelters, isn’t always possible for various reasons," Dr. McIsaac said. "And that potential exposure to cold can turn deadly."

Groups like Street Safe New Mexico were out over the weekend trying to get people to shelters and passing out warm gear. The group posted photos of snow-filled tents and bundled people they found.

If you see someone who you think is experiencing hypothermia, call 911.