ALBUQUERQUE, N.M. – There are fewer options for breakfast burritos at Balloon Fiesta this year, after owners of two long-standing staples say they’re not able to be there because they don’t have enough staff.

Many local restaurants have reported staffing problems for more than a year. It’s a trend that began after the start of the pandemic.

Both Mario’s Pizza and Hello Deli are missing out on this year’s event after serving food every year for about three decades.

For Mario’s, the tradition goes back 33 years.

“It’s very hard on the family. We all love being there, not just for the money. We love being there because it’s the Balloon Fiesta,” Co-owner Eddy Burgarello said. “We miss it.” 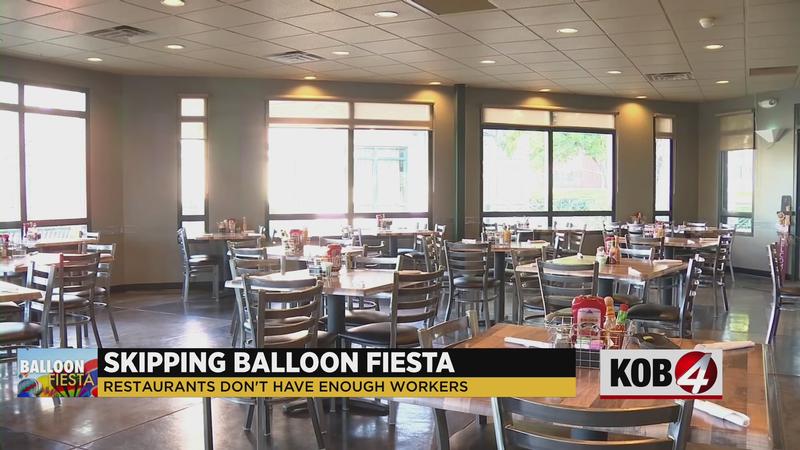 Hello Deli has been at the event for 28 years.

Both owners said they are well short of the number of workers they’d need.

When they’re at Fiesta, they say they both cook everything at the park, taking about a week to set up what are basically full kitchens — but not this year.

“I’m not going to jeopardize my restaurants to set up a booth out there,” Burgarello said.

“It was either the store or the balloons, but no way to do both,” Cassimus said.

They both say, financially, they’ll be okay without Fiesta.

The owners say these restaurants have a third to two-thirds of the staff they need.

Mario’s has hired a few more people in the last few months, but Hello Deli hasn’t been able to add anyone.

Some former food and hospitality industry workers say they’ve left their jobs because of low pay and unfair treatment.

Both Burgarello and Cassimus say they’ve raised wages and have had other incentives.

They hope they can be back out at Balloon Fiesta next year.