ALBUQUERQUE, N.M. — Dozens of businesses were at Civic Plaza Thursday, and some were prepared to hire workers on the spot.

"You’re unemployed because you want to be unemployed, I mean there are so many employers out there that need people," said Kathy Phelps with Home Instead, a home health care service in the North Valley.

Phelps is looking to add about 100 caregivers to the staff. In the first couple hours of the reHIRE ABQ job fair, she said just a handful of people stopped by.

"I am eager to hire people and just ready for them," Phelps said.

The sentiment was the same at the booth for Garcia’s Kitchen. 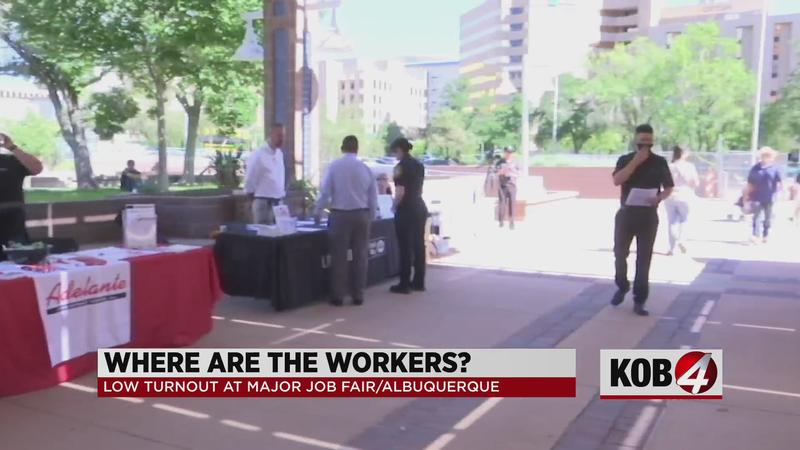 Nearly 50 jobs are up for grabs just at local restaurants alone – the industry is looking to hire workers as the state continues to reopen and increase capacity.

"People that want to work, they’ll find something," Arredondo said. "They just have to get out here and get one."

Many businesses said they’re having a hard time finding people wanting to get back into the workforce, but with new hire incentives and unemployment benefit requirements changing, they’re hoping more people apply.

If you missed the job fair Thursday, many of the companies involved have online applications available here.