ALBUQUERQUE, N.M.- Not much run off is making it to New Mexico from the Colorado snow melts, and it’s showing in the low water levels in the Rio Grande.

"Right now we are seeing about 100 CFS, that’s cubic feet a second, flowing at the Colorado border when ordinarily we would see 5 to 600," said Chief Engineer of the Middle Rio Grande Conservancy District, Mike Hamman.

The last time the Rio Grande ran dry through the metro was in the 80s.

Rebecca and Brett Shank have lived near Alameda for the last four years and said they fell in love with the easy access to the water, but now that’s hard to find.

"We used to ride our horses along through the Bosque here, and we were just commenting the holding pond on the other side of this walking area used to be full of water, but now you can walk right through it,” said Brett. “We have seen it up and down, but this is the worst we have seen it in 4 years." 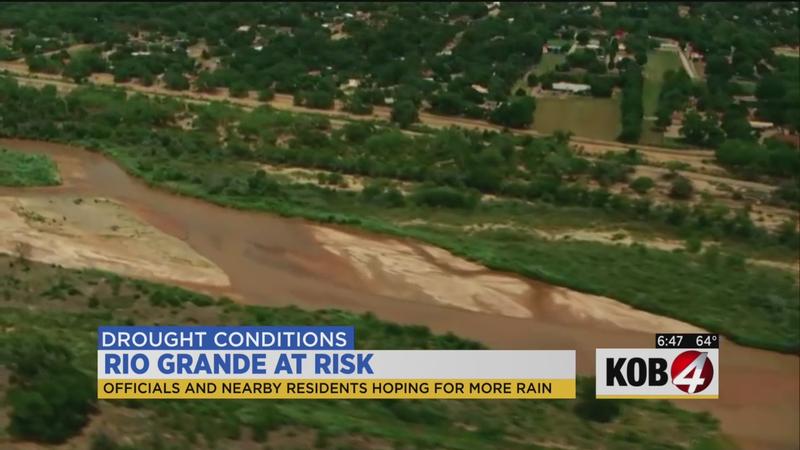 The conservancy district said apart from releasing more water from storage there isn’t much else to do.

“Flows are low compared to a month ago, before we released storage, and it will improve a little bit when we release that water, but it’ll return where it is once we run out of storage," said Hamman.

At this point, everyone is hoping for rain.

"It was nice to have the early monsoon season you’d think that would help somewhat, but the dry winter is really effecting us right now," said Hamman.

He said the next few years could be challenging for the Rio Grande, and that every bit of rain is helpful.