ALBUQUERQUE, N.M. – Hundreds of people walked Saturday to support efforts to end drunk driving. Mothers Against Drunk Driving held its annual fundraising walk in person for the first time since the pandemic started.

"It’s just amazing, it’s wonderful to see this support in the community,” said Dolly Salazar. Her son Jacob was killed by a drunk driver in 2016. The 19-year-old was a student athlete at UNM.

"His goal was to be a mechanical engineer with the hopes of eventually probably working for the FBI. He successfully completed his first semester at UNM before he was killed in January by a drunk driver, and it’s something no parent should have to go through. As parents, we should not have had to bury our son,” said Salazar.

"Of course we experienced bars, restaurants, all businesses being closed but that didn’t stop people from driving on the roadways, so we certainly saw an uptick in especially high-speed crashes and crashes involving alcohol or drugs,” said Valdez.

That’s why they said their message is so important – but also simple. Don’t drink and drive. 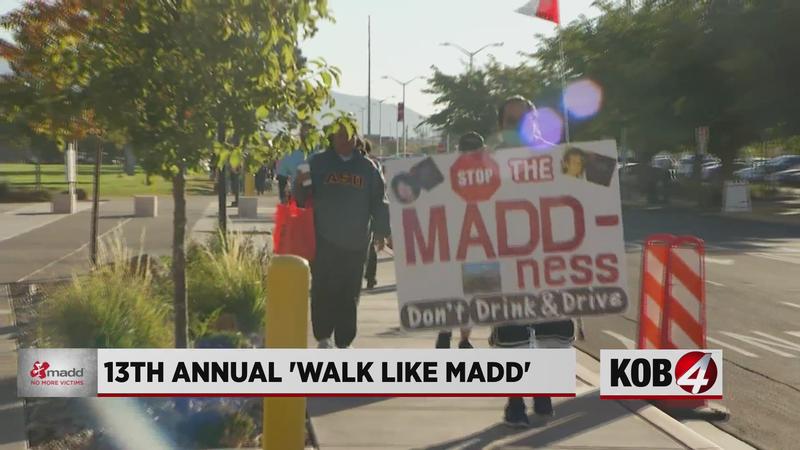