"People are gonna want to get out. They’re gonna want to travel more, be on the roads more, which is all great, but there definitely is a concern that we’ll see an increase in injuries and fatalities," Valdez said.

She’s worried more crashes will add to the statistics now that New Mexico is fully reopened.

"Preliminary numbers are showing us that at least 12 people died in the month of July 2020 in New Mexico," she said.

Lora Lee Ortiz’s parents were hit in a head-on crash in 1982. Her mother suffered the most severe injuries. 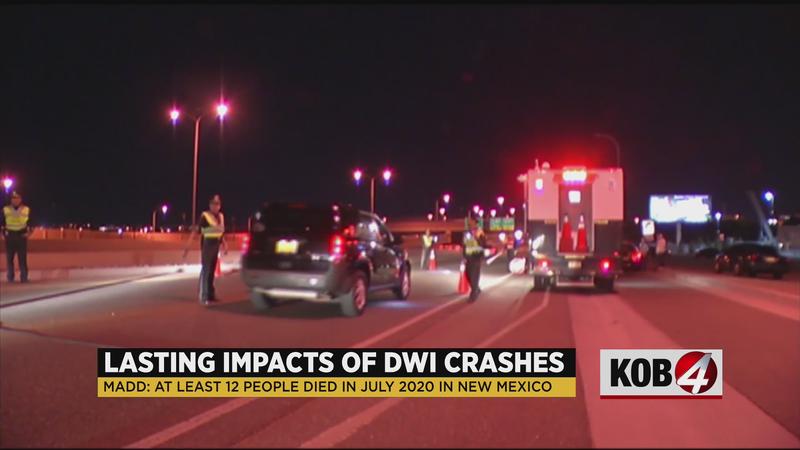 "She had head injuries. Both of her arms were broken. Her pelvis, ribs were broken," Lora said. "Her jaws had to be wired shut. She was seriously hurt during the crash."

Ortiz’s parents eventually recovered. But she wants people to know the risks of drinking and driving.