ALBUQUERQUE, N.M. – Make-a-Wish Foundation is upping their fundraising efforts as they prepare to grant more wishes with pandemic restrictions lifting.

Right now, around 180 New Mexico kids are waiting for their wish to be granted and around 75% of wishes are travel-related or involve large groups, which means plans had to change and kids had to wait.

"Pre-pandemic, the Make-a-Wish New Mexico chapter usually granted between 100 and 105 wishes a year. Across our state, because of COVID, those numbers were cut in half – and so we were granting moreso, on average, of 50 wishes," said Sara Lister, of Make-a-Wish. "We anticipate as we move through this code the pandemic, we will start to grant more towards the 100 to 105 wishes a year."

Now, as things open up more, the nonprofit expects to grant more wishes than ever this fall. However, fundraising has been tough as the chapter was unable to host in-person events – plus, costs have gone up.

"Pre-pandemic, our average cost per wish was about $6,500 in cash and then we received quite a bit of in-kind, particularly on travel related wishes," Lister said. "Right now, our cost per wish – over the past 24 months – has fluctuated between $8,000-$9,000 per wish because one we aren’t getting as much in-kind because a lot of companies have been struggling through the pandemic – just like everyone else has – and the inventory has been lower so prices have gone up for different items." 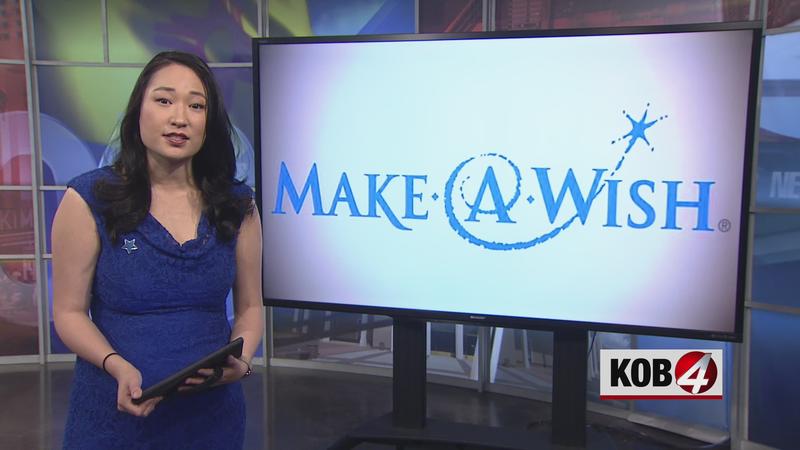 Among the kids who Make-a-Wish is hoping to help through funds raised is Adrian, a 12-year-old boy diagnosed with brain cancer just before the pandemic.

"During his third chemo, he actually stopped breathing and turned blue. He went into anaphylactic shock with that chemo so they had to figure out something else to do and he went through the rest of his chemo," explained Ashley Barreras, Adrian’s mom. "We had to be admitted every time he went in. After he was done with the chemotherapy and they had seen that his tumor was shrinking, they said it was time for him to go to radiation and see if they can fully take care of the rest of the big tumor."

After multiple rounds of chemotherapy and radiation, Adrian is doing much better. As an active baseball and football player, he’s missed playing sports and being around his friends. Now, next month, he’s headed to Florida where he will visit theme parks with his family on a Make-a-Wish trip.

His mom said, "I’ve already told him, ‘Look, you do what you want to do, you tell me what you want to do. This is your trip. This is all for you,’ Like I can’t wait to see what his face gonna look like when he jumps off that plane and he knows, ‘Hey, I can just be a kid again. I don’t have to worry about anything going on at home. I just get to erase my mind and go and have fun and be happy again,’ so I’m excited."

KOB 4 is hosting a Pay it 4Ward hotline, supporting Make-a-Wish Foundation, starting at 5 p.m. Wednesday. The hotline number will be announced on the 5 p.m. newscast.