The judge said he’s too dangerous to get out of jail. And the last judge ruled that he would be released on strict conditions. So what changed?

Rowe is one of three suspects currently facing charges for the Oct. 11 vandalism of Bernalillo County’s headquarters.

In October, a group of people drove to the top of a parking garage and fired guns at the building – shattering windows and forcing it to close for days.

Prosecutors sought to have Rowe held in jail on charges related to that case, but a judge rejected that motion.

On Monday, Nov. 22, Rowe faced a judge again as prosecutors again sought to have him held.

“13 days ago, I came before the court and made this same argument. Arguing that the defendant is a danger to the community and that there are no conditions of release which can protect the community,” said Christine Jablonsky, prosecutor

But this isn’t on charges related to the vandalism, instead, it’s tied to an earlier beating of a man in downtown Albuquerque that happened on Aug.8. Rowe and another teen, Dominic Baca, are charged in this case.

Prosecutors said the victim’s injuries were among the worst possible under the charges.

“He is in a neuro-rehabilitation institute, trying to regain basic human functions,” said Jablonsky.

To top it off, officers accuse Baca of posting video of the beating on social media. For Baca, the defense tried to argue that he’s working on his education, and a leg injury will prevent him from causing violence to others.

For Rowe, the defense argued he’s just in with the wrong crowd and could turn his life around.

“There is a fork in the road right now with this kid, he’s going to go one way or the other, he’s probably gonna end up a convict or maybe be a good normal guy.”

In both cases, the judge ruled they are a danger to community. So now both teens will be held in jail until trial. 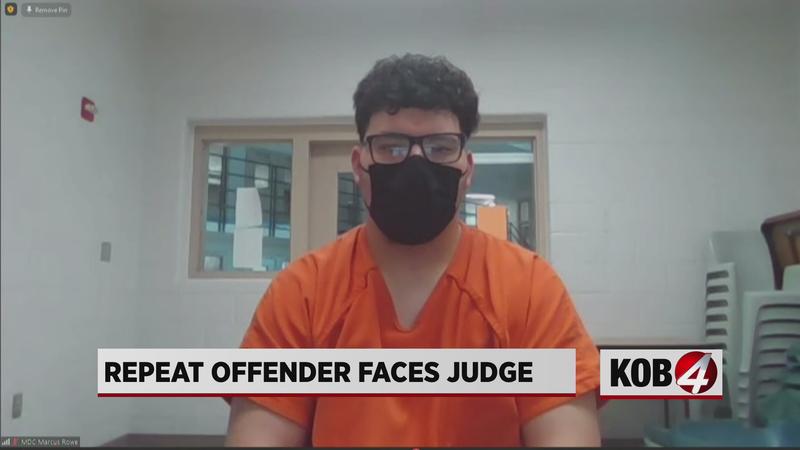