ALBUQUERQUE, N.M.- The man accused of causing the crash in the South Valley that killed a beloved priest appeared in a virtual courtroom Wednesday.

Manuel Soria, 22, will remain behind bars while his case is transferred to District Court. A District Court judge will then decide whether Soria remains in jail pending a trial.

Soria turned himself into authorities overnight for his alleged involvement in the death of Father Graham Golden.

According to court documents, Bernalillo County Sheriff’s Office investigators believe Soria was street racing when he crashed into Golden’s vehicle. 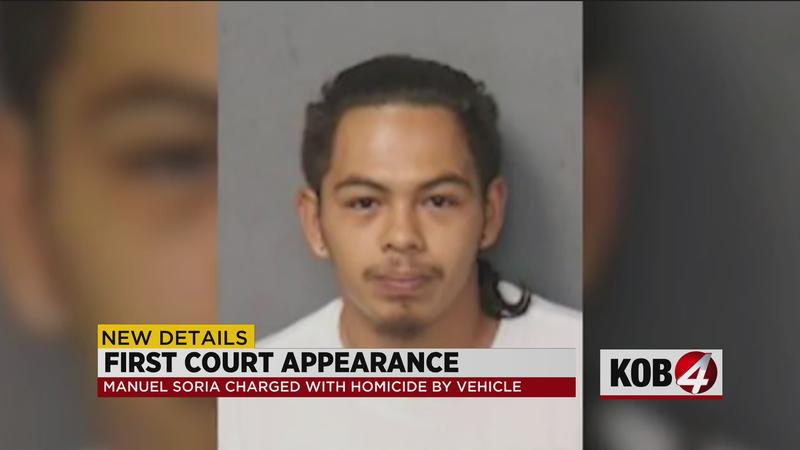 Soria is facing a charge of homicide by vehicle.