Man accused of kidnapping, murder will remain behind bars until trial

ALBUQUERQUE N.M. – The accusations against Erick Garcia are violent. He’s charged with killing a man and kidnapping his sister. Investigators said it all happened last month.

Alejandra Mercado and her brother Esteban were shooting guns in the mesa near Route 66 Casino. According to court documents, they ran into two men who tried to sell her brother a gun.

The documents said they used drugs together, exchanged numbers and came back when Esteban’s car broke down and that’s when the shooting and kidnapping happened.

During the virtual hearing Wednesday, the state said his prior cases show he is a danger.

"In the past two years since 2019, there have been six felony cases with this defendant and three are currently pending. The nature of the cases are concerning and show the defendant is a danger," said Shonetta Estrada, state prosecutor.

The state said Garcia has been involved in cases involving road rage and robbery of guns. But his defense argued it was the other suspect involved who is the dangerous one.

“There is a co-defendant, Edgar, who is the more capable person. He is the person who was the shooter, who has been identified by the minor victim as the shooter, and also that Edgar was the one that committed the kidnapping,” said Rose Osborne with the defense.

Osborne went on to say Garcia has been cooperating with the investigation. Judge Courtney Weaks made her decision pretty quickly, saying Garcia will stay in jail.

“Defendant is a danger to the community. The defendant – at 22-years-old, as Mrs. Estrada pointed out – has been arrested on four separate felony offenses in a period of two and a half years. The latest one of them being the most serious charge that you can face which involved a loss of life and a kidnapping at gunpoint of a minor child,” she said. 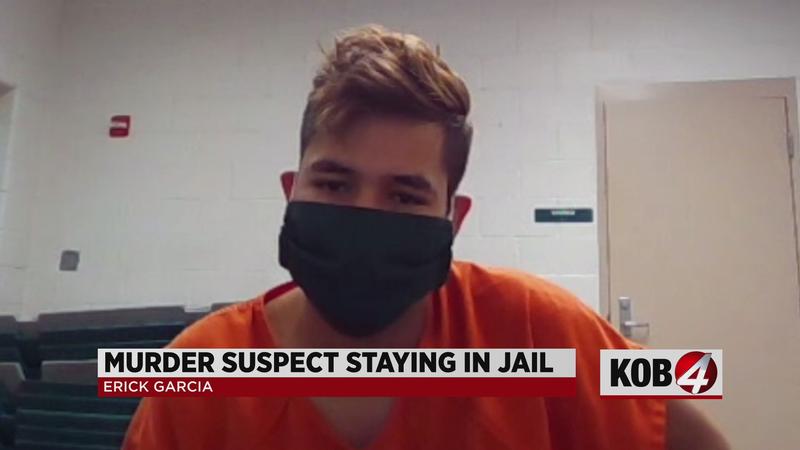