ALBUQUERQUE, N.M. – There is finally some justice in the tragic deaths of two cousins hit by a reckless driver on Albuquerque’s West Side.

Dominic Martinez was in court Wednesday – more than three years after the crash at Universe and Irving that killed cousins Kayden and Jakob Montoya.

"It shows that you’re pleading no contest to homicide by vehicle reckless driving," said the judge.

For the family of Kayden and Jakob, it’s been a long time coming. KOB 4 last met with them during a vigil over the Thanksgiving holiday.

"It angers me when people say ‘they died in an accident.” You know, to me, it was no accident. It was avoidable,” said Priscilla Padilla, Kayden and Jakob’s grandmother.

Police say Martinez was driving almost 100 mph when the crash happened. The last three years have been painful for the Montoya family, especially knowing Martinez has been out of jail pending trial.

The no-contest plea comes with a possible sentence of 4 years to 18 years, but that won’t be decided until a later date.

Martinez will remain out of custody until then. 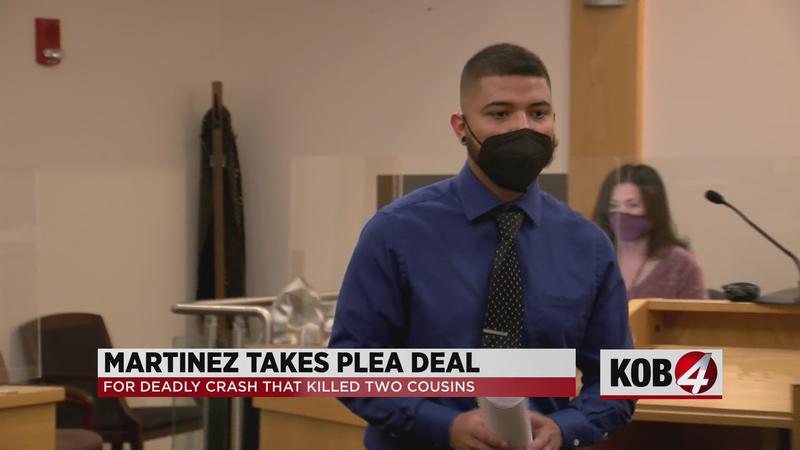