Man accused of killing coworker to be released on house arrest

According to court documents, 31-year-old Karl Rougemont shot and killed 40-year-old Christopher Vigil at the intersection of St. Michaels and Cerrillos. The men reportedly got out of their cars and got into a fight.

According to Rougemont’s arrest warrant, "They get out and at some point, Vigil was on top of Rougemont striking him with his fist. Rougemont drew a firearm from concealment and fired approximately five times. Vigil was shot at least once…"

When Santa Fe County deputies arrived on scene, Rougemont was detained and state police began rendering medical aid to Vigil until paramedics arrived. Vigil was taken to a local hospital by ambulance where he was later pronounced deceased.

The City of Santa Fe confirms both men worked for the city in the Public Utilities Department. Rougemont worked in utility collections and Vigil worked as an automated meter reader tech. 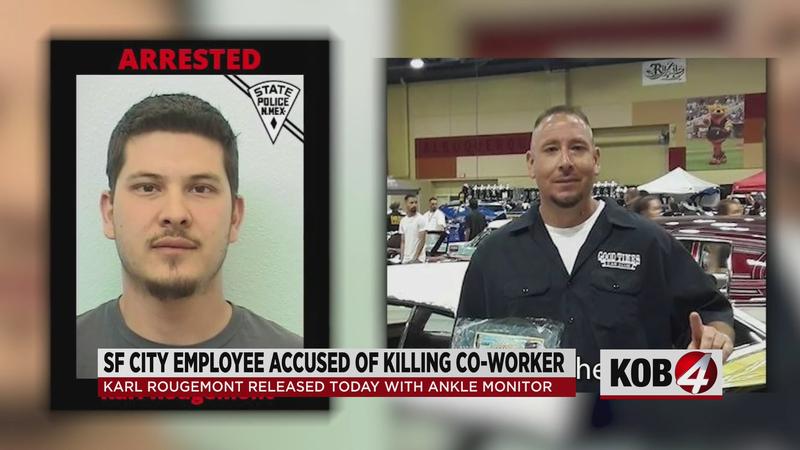 According to court documents from Tuesday, Rougemont is ordered to be on house arrest, with an ankle monitor, at his parents’ home in Pecos. The judge said prosecutors had not proven their argument.