Man admits to three murders in the metro

ALBUQUERQUE, N.M. — Paul Apodaca is no stranger to the New Mexico court system. He’s been convicted of both rape and assault charges dating back to when he was a juvenile.

But now Apodaca is saying he’s also responsible for three murders from the ’80s.

"Apodaca has admitted to additional shootings and murders, including the homicide of 18-year-old Kaitlyn Arquette in 1989," Albuquerque Police Department Chief Harold Medina said.

It was 30 years ago that Arquette was driving east on Lomas in downtown Albuquerque when she was shot – causing her to veer off the road and hit a light pole. Her murder received national attention thanks to Arquette’s mother, who wrote the book "Who Killed My Daughter?"

Her family has never stopped looking for that answer. 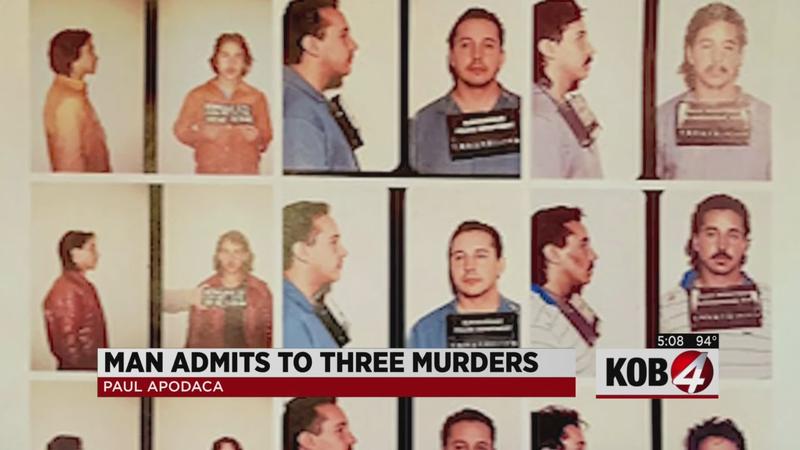 "The Arquette family has been involved since the beginning, they have been speaking to detectives about some of these updates," APD Deputy Commander Kyle Hartsock said.

The family even hired Pat Caristo as a private investigator, who – 20 years ago – combed through KOB 4’s file footage looking for clues in the case.

APD said they are trying to put all the pieces together before they release any more information.

"It’s hard for us to share a lot of information, even with the family, until the case is charged, even if it is 32 years old," Hartsock said.

APD’s goal is to gather enough evidence to charge Apodaca with Arquette’s murder.

When police asked Apodaca if there was something that caused him to confess now, the criminal complaint reveals he didn’t have an answer. Apodaca said no, he just realized what he did was evil.