ALBUQUERQUE, N.M. – A man has been arrested for reportedly setting a fire in the Los Lunas bosque.

Witnesses said the fire started burning north of Main Street Tuesday night. According to Los Lunas police, 23-year-old Jonathan Barnard admitted to authorities that he started the fire, saying he "wanted to see if they could put it out."

Barnard was arrested on scene and booked into the Valencia County Detention Center. He is charged with one felony count of arson.

The Valencia County Fire Department said that several homes were threatened as the fire, deemed the Barnard Fire, spread north, and one family was evacuated. Thankfully, though, no structures were damaged and crews continue to hold the fire line.

As of Wednesday afternoon, the fire is estimated to have burned nearly seven acres and is 20 percent contained, according to the latest update from the fire department. 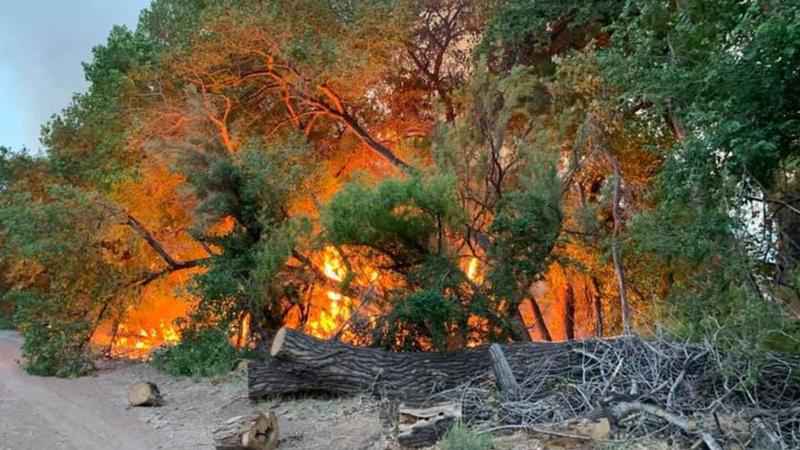 Valencia County fire officials say they’ve had around 22 bosque fires in the last year. That’s more than they have ever had.