Elias Buck was arrested at a Quiktrip convenience store just after midnight Friday, Jan. 14 in Phoenix.

Officers received a tip that Buck and his girlfriend, Victoria "Rossi" Hernandez, were at the store. As officers arrived, they located Buck, who reportedly tried to flee but was quickly detained.

Officer Barreto is currently recovering at home and is in good condition. He was shot in the arm. 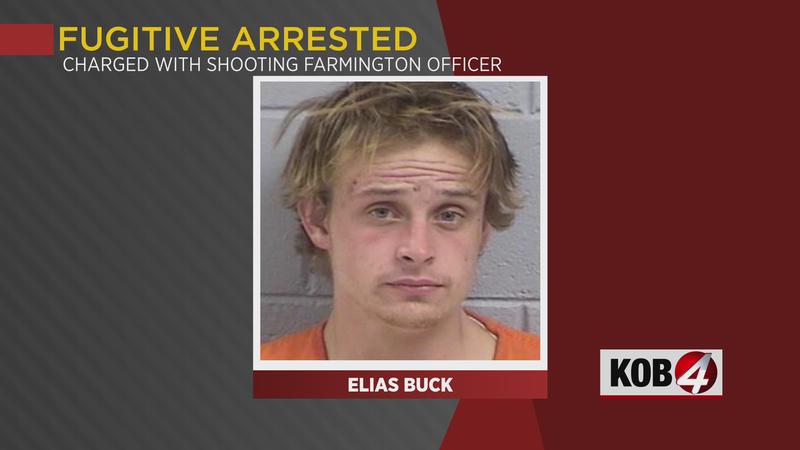 Upon hearing the news, his friend and fellow officer Tezzarea Fernandez wanted to help.

"He has every problem that we have," Fernandez said. "We all gotta go get gas, we all gotta pay our bills, everything like that, so I wanted to be able to help him out in any way I could."

She created a GoFundMe page and in just three days it surpassed its goal.

"This is going to help him out and unforeseen expenses in the future because they have a little boy at home, he has a wife that he takes care of. He works a lot of overtime so that he can take care of them and they can stay at home and be safe," Fernandez said.

As for Buck’s girlfriend, she was released.

"We do not have a warrant out for her yet," Farmington Police Chief Steve Hebbe said. "This is an ongoing investigation, we’re looking at several people that may have facilitated his escape and what role they played, so that investigation will continue over the next few weeks."

Buck is accused of third-degree felony counts of aggravated battery on a peace officer and felon in possession of a firearm.

“The chance for this to have ended in another shooting was high and we were all aware of that," Hebbe said. "So that’s been a source of a lot of stress over the week. I’m happy for our officers and for Officer Barreto now that we’re able to finally close the case and get him arrested and do so safely."