CHAVES COUNTY, N.M. – A Saturday traffic stop resulted in one arrest and the uncovering of an alleged human trafficking operation.

One of the immigrants was in the front passenger seat, while the remaining six were on the floor in the back area.

Court records state that deputies stumbled onto the operation Saturday at about 4:47 p.m. when the minivan on U.S. 285 was heading into Roswell and traveling 70 mph in a 55 mph zone. 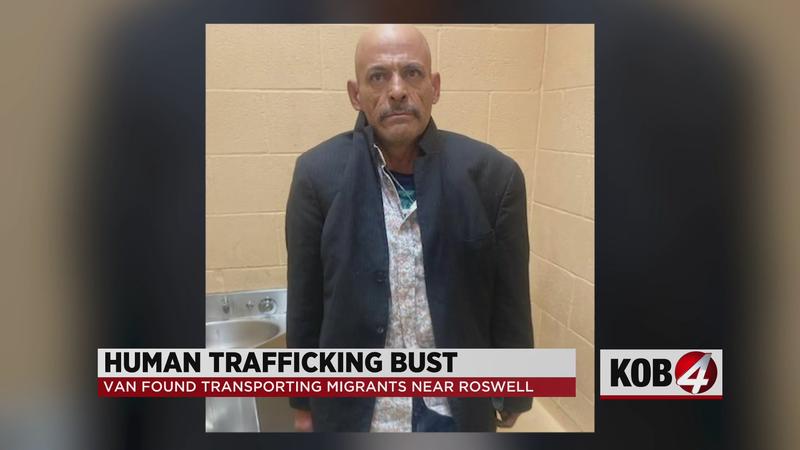 Chaves County Undersheriff Charles Yslas said the van briefly stopped on the side of the road before it resumed traveling. After about three miles, the van stopped in the area of Southeast Main Street and Brasher Road.

Yslas said as deputies moved towards the van, they observed Pina making furtive movements and appearing to yell at other individuals inside the vehicle. When they looked into the back window they saw the passengers.

“A closer inspection of it appeared that the backseats had been removed from the minivan and that the individuals were laying side-by side, lengthwise, in the back of the minivan,” Yslas said.

Pina told deputies at the time he was coming from the Carlsbad area and heading to a ranch near Socorro. He added that he worked for a person who owned several properties and worked collecting pecans.

He told deputies that he was contracted to shuttle the workers each day between different work sites, and then transported to a location where they stayed.

Yslas said the undocumented immigrants did not speak English and were largely unaware of their surroundings.

“They were extremely confused about where they were located, what city they were in, the direction of travel because they were instructed that they were to lay down in the back,” he said.

According to information gathered from the passengers, each day they would be transported by Pina to various farms and properties, where they labored under grueling conditions and were often deprived of food and water. They were paid little if any wages.

Yslas said the undocumented immigrants later informed deputies they had not had any food or drink since 4 a.m. Saturday.

Once in custody, the undocumented immigrants were provided with food, water and clothing. Yslas said they have now been sent to another location where they will be questioned by federal authorities in what is an ongoing investigation.

Pina faces eleven criminal counts, including seven counts of human trafficking. He also faces one count each of controlled substances, possession prohibited; speeding; driving while license suspended and driving with an open container of alcohol.

Court records state that when searched by deputies Pina had on him a substance that later tested positive for the presence of cocaine.

The Office of the District Attorney for New Mexico’s Fifth Judicial District has filed a motion to hold Pina in pretrial detention up through his eventual trial.

Electronic court records state that a hearing on that motion is scheduled for Thursday.