ALBUQUERQUE, N.M. – A 24-year-old man was charged with homicide while driving under the influence following a fatal crash Tuesday in northeast Albuquerque.

Quentin White, 24, was arrested and booked after he was involved in a crash at the intersection of Louisiana and Claremont. The crash involved his white Toyota Camry and a white Toyota pickup truck.

White was driving northbound on Louisiana with his friend, Daniel Torres, in the white Camry. A pickup was traveling eastbound on Claremont and entered the intersection but stopped for a pedestrian walking southbound across the street. At the same time, the Camry approached the intersection at a high rate of speed and crashed into the pickup.

White’s friend, Daniel Torres, was transported to a local hospital where he was pronounced dead.

White was questioned by officers who saw he had watery, bloodshot eyes and suspected he was under the influence of drugs. White admitted to smoking a bowl of marijuana and taking methadone earlier in the day. 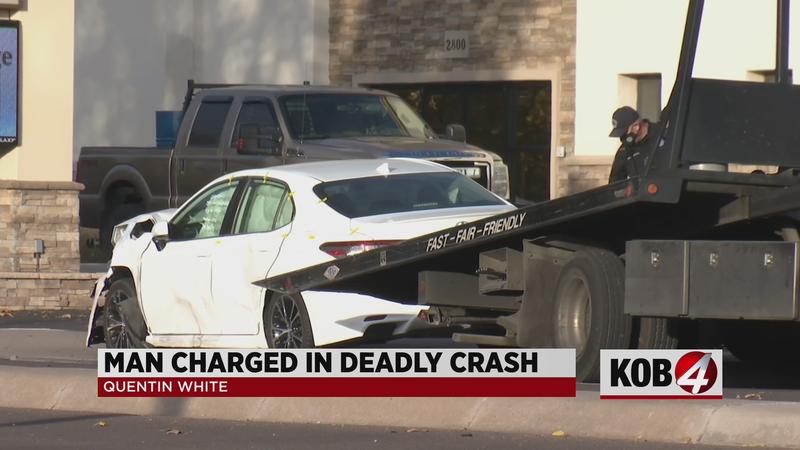 White told officers he was driving southbound on Louisiana, approaching Menaul, when Torres informed him he was not feeling good after he drank a heavy amount of alcohol the previous night and become unresponsive. White did a U-turn and began traveling northbound on Louisiana to where the crash happened.

White was booked into jail after being released from the hospital.