Man charged in shooting of APD officers booked into MDC

ALBUQUERQUE, N.M. – The man accused of shooting and injuring four Albuquerque police officers is in jail.

The suspect, 27-year-old James Ramirez, was also injured in that shootout two weeks ago. He was released from the hospital Wednesday and booked into the Metropolitan Detention Center. He is facing a long list of charges including three counts of aggravated assault on a police officer.

He was scheduled for his first hearing Thursday afternoon, but he will now be heading to federal court instead. Prosecutors with the district attorney’s office filed the motion just before his scheduled hearing.

Court documents say Ramirez had robbed someone hours before the shootout with police. The robbery victim tracked Ramirez down near Juan Tabo and Copper and called police. When officers tried to stop him, he allegedly fired multiple shots – striking officer Mario Verbeck in the neck and officer James Eichel in the arm.

In a massive effort to take him into custody, two other officers were injured. Sgt. Sean Kenny was hit in his bulletproof vest and officer Harry Gunderson was injured after glass fragments hit his face. 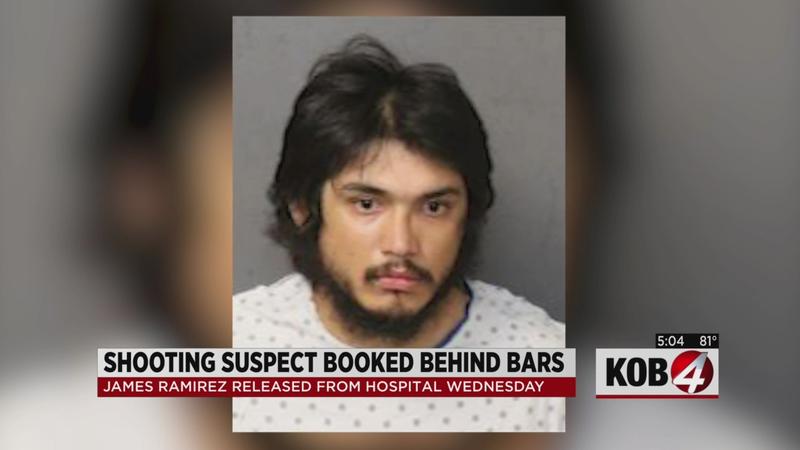 Officials with the California Department of Corrections said Ramirez was discharged from parole in February of this year. He was convicted of a burglary in 2017.

District Attorney Raúl Torrez said they decided to postpone state prosecution because going the federal route gives more assurances – there will be a greater chance Ramirez is kept behind bars and he will face tougher sentencing if convicted.

A federal hold has been placed on Ramirez so he will remain in custody at MDC until he’s put into federal custody.

“We have developed a strong, integrated partnership with the United States Attorney’s Office and I believe that proceeding first with a federal prosecution will benefit both the public and the brave officers who were injured in the line of duty,” Torrez said. “As a former federal prosecutor, I know that the federal criminal justice system affords greater protections to crime victims and I am committed to doing everything we can to allow these officers to rest and recover before we have to move forward with charges in state court.”