TAOS, N.M. – A bizarre murder case started to come together just as a couple’s relationship started to unravel in Taos County.

Marcus Montoya is the 8th Judicial District Attorney and he is nearing the end of a murder case just outside of Taos.

"All of the surrounding facts are incredibly concerning, we are fortunate, and happy to report that we do have one less violent criminal on the streets," said Montoya.

Aram Montoya had fessed up to the murder. Now his once-girlfriend Desiree Lenesgrav is going to trial.

It all started after a domestic dispute – between Aram and Lenesgrav.

"He did plea guilty to first degree murder, which is a life sentence,” said Montoya.

“Through his own volunteering to help. He actually took us to an area in Miranda Canyon which looked like a shallow grave site,” said Jerry Hogrefe, Taos County Sheriff.

New Mexico State Police said that Montoya and Lenesgrav ditched the top half of Joseph Morgas’ head. Then they ditched some evidence into the Rio Grande, including the shovel they used to bury him.

It was then deputies discovered the decapitated buried body of Morgas.

Montoya said it was all Lenesgrav’s idea — revenge for making fun of Lenesgrav and threatening to try to report her to CYFD to get the state to take her kids away.

"Though Mr. Montoya was willing to take responsibility and hold himself accountable – and – we’re happy that he did that – we still have a lot of very heavy lifting to move forward on the Lenesgrav’s matter and we take that very seriously,” said Montoya.

Aram will be doing life, plus 21 years, and Montoya plans to call him to the stand to testify in Lenesgrav’s trial next month.

"Whatever it was, it was too heavy for him to hold,” said Montoya. 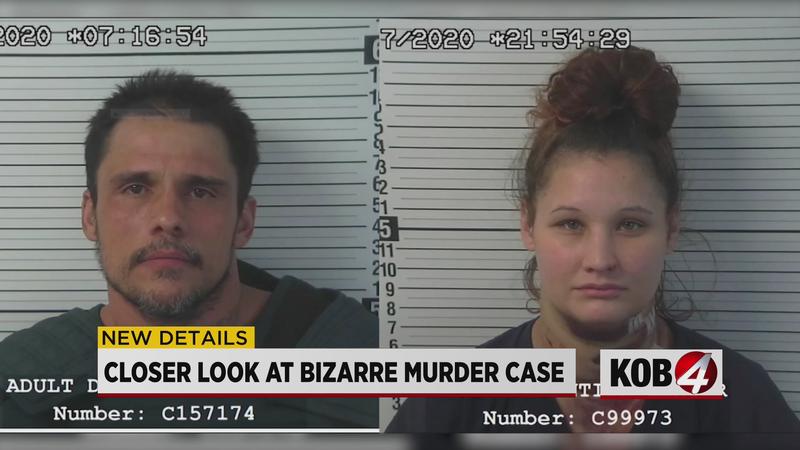