ALBUQUERQUE, N.M. — Anna Cordova was expected to appear before a judge Thursday, but instead, she refused to be seen for her latest charge – homicide by vehicle. She is accused of killing a man in a car crash while allegedly driving under the influence of marijuana.

Arrest documents show she was seen last Saturday – the day after recreational cannabis sales began in New Mexico – at the La Luz trailhead. One witness described the overwhelming smell of marijuana coming from a beat-up blue pickup. The same witness said he saw the truck driving in the oncoming lane, where the road curved.

Another witness said they saw a woman trying to smoke while behind the wheel.

Soon after, court documents said Cordova turned up the hill on Tramway and ran into a motorcycle, hitting and killing Danny Archuleta. His passenger also had her leg broken. According to the documents, it looked like there were tire marks on his torso.

However, proving marijuana contributed to this crash could be an uphill battle. 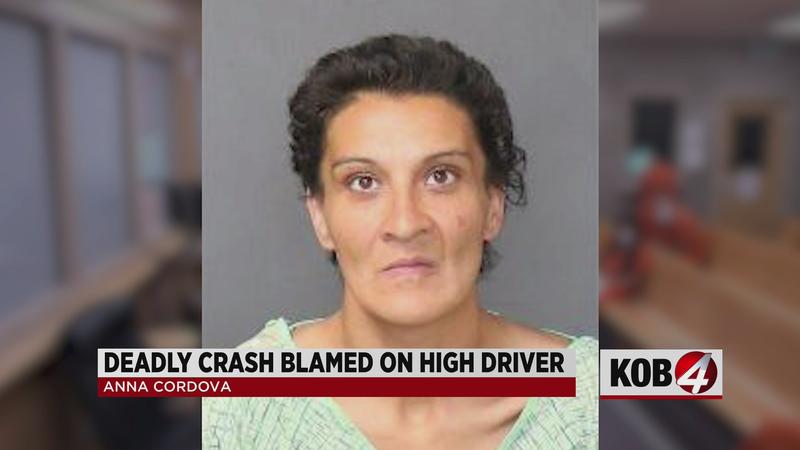 "Unfortunately, we had a chance to address it and we didn’t follow through," said state Rep. Bill Rehm, R-Albuquerque.

Last week, 4 Investigates showed the attempts to pass a legal limit of THC – the psychoactive component in cannabis – for drivers. Some states have set a five nanogram THC limit that can be tested with a blood sample.

Court documents show Cordova had her blood drawn after a warrant was obtained, however, no such legal limit exists in New Mexico.

This is not the first time this issue has come up.

In November, Quinten White was also charged with homicide by vehicle after crashing his car on Montgomery, killing his passenger. White’s arresting documents show he admitted to taking methadone and smoking cannabis before the crash. A police drug recognition expert was called in and noted his dilated pupils and elevated heart rate, but could not come to a conclusion about what drugs were contributing to his impairment.

White’s case was dismissed a week after his arrest.

Cordova is still awaiting her day in court.

4 Investigates also found that in Colorado, five years after recreational cannabis sales started, DWI cases increased by more than 140%. Colorado also has that legal five nanogram limit for THC that is not in place in New Mexico.