ALBUQUERQUE, N.M. — Richard Kuykendall has a long criminal history, including more than 30 arrests in New Mexico and Massachusetts.

Kuykendall is now linked to a triple homicide that happened in Albuquerque last week. He had his first appearance in federal court Tuesday morning.

According to a criminal complaint, an FBI special agent says Kuykendall may have killed one of the three victims found shot to death in a car outside of Presbyterian Kaseman Hospital last Wednesday.

Kuykendall and the victims are all reportedly members of the neo-Nazi gang the Aryan Brotherhood, based on prison records and tattoos.

At this point, Kuykendall is only charged with being a felon in possession of a firearm, a federal crime. 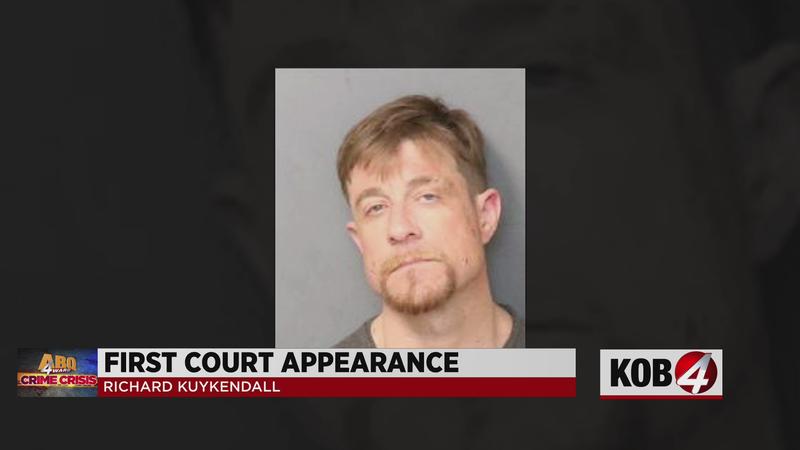 When Kuykendall made a virtual appearance in federal court Tuesday, the court asked if he understood the charge against him. Looking annoyed and agitated, he said, "vaguely."

If convicted, Kuykendall faces up to 10 years in prison, a $250,000 fine, followed by three years of supervised release. The penalties could be harsher if prior criminal activities are considered.

To that, he replied, "I’m not an armed career criminal," – calling the allegations against him a "scare tactic."

The judge ordered Kuykendall’s pretrial detention hearing to take place Wednesday, but it could also happen on Friday. KOB 4 will keep you updated on the outcome.