ALBUQUERQUE, N.M. – After a loved one dies, federal law says surviving spouses or partners are only allowed to receive their benefits if the two had been married for nine months. But that rule was impossible for many same-sex couples who suffered a loss before same-sex marriage was legalized across the country on 2015.

KOB 4’s Joy Wang has an update on a New Mexico man’s journey to get back what he says belongs to him.

“Mark was a very creative person, he was wild. He taught 5th grade and the kids just loved him,” said Mark Gonzales.

KOB 4 first told you about Mark and Anthony Gonzales in June 2020. A love story that started in 1998. Mark had just moved to New Mexico from New York after being diagnosed with AIDS.

“Almost passed away. He recovered from that thanks to the drugs that were being developed and that’s when he decided he didn’t want to go back to advertising and his friends suggested he could be a teacher,” said Anthony.

“In 2013 he started feeling badly and went to the doctor, and they told him his cancer had spread. It was now in lungs and his liver.”

But that same year came some good news, same-sex marriage became legal in New Mexico. The two went down to the courthouse and got married that day.

“They made an announcement there was a mass ceremony at Civic Plaza, so we said let’s go for it.”

Mark died a few months later, the two had been together for 15 years. But legally only a few months on paper, which meant Anthony couldn’t access his survivor social security benefits.

“If you believe in something strongly, then you should fight for it. And I strongly believe that Mark and I contributed to the society you know, through work through paying taxes, paid social security, and I thought it was unfair, you know, because of a law that prevented us from getting married, was used against us.”

For years the case went through the court system.

“It’s just been a waiting game. It’s everything just takes forever, it seems.”

Social security was ordered to make payments in January. Anthony finally got them in May.

“I knew I couldn’t spend it because I might have to pay back. So you know, it was still a waiting game until the final result of which came out on Monday, which was when the federal government and Social Security decided to drop their appeal.”

The end of a long and painful journey.

“I’ve had people tell me that I need to move on with my life. But as long as this lawsuit was hanging over my head, I really couldn’t, you know, every day it was a reminder of what I lost.”

More same-sex couples will now be eligible for survivor benefits.

“At times, I was ready to give up. You know, people encouraged me and told me to keep on going because it did not only affect me, it affects many other people in the United States.”

Looking back, when Anthony thinks of what Mark would’ve done. 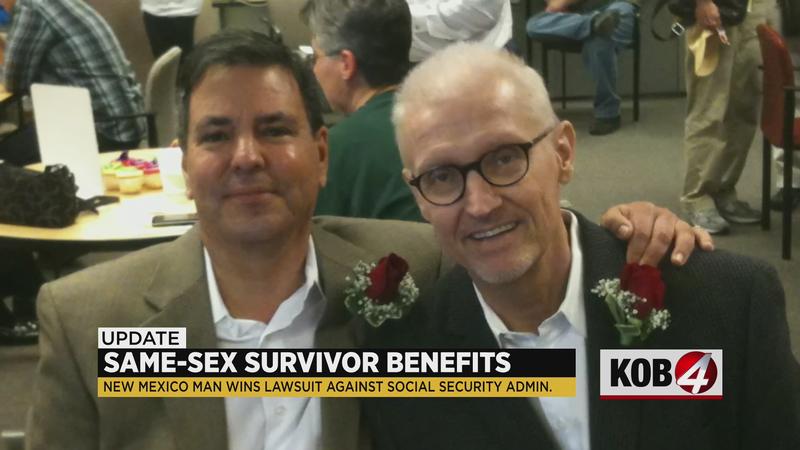