ALBUQUERQUE, N.M.- A man who was seen on video fighting with kids will not have to stay behind bars before his trial.

Wayne Layton is charged with child abuse, battery and assault.

The state was asking a judge to be held pending trial.

"Two kids ended up in the hospital. The first thing we saw, the first physical, anything we saw was this man walking toward them," the prosecutor said. "They didn’t approach him. They stayed there. Then the next thing we saw was his hand on a 14-year-old’s throat."

According to court documents, there was a verbal argument before the fight started. 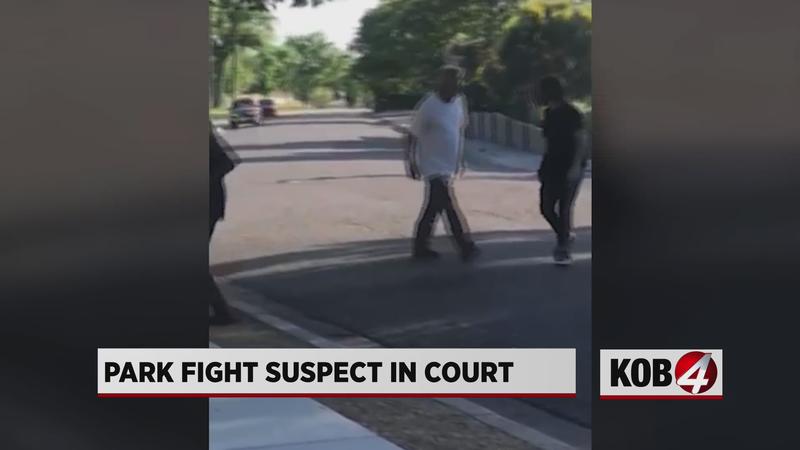 Layton’s attorney said his client was injured as well during the confrontation.

"My client was brutally attacked. He is wearing a sling right now at MDC because based on information, he’s got a torn rotator cuff and a broken shoulder as a result of these kids whaling on him. I don’t know how a child under the age of 18 can purchase a taser," the attorney said.

Layton doesn’t have any criminal history in New Mexico, so the judge allowed him to be released.

"I have been presented with absolutely nothing that he cannot abide by conditions," the judge said.

Layton is not allowed at the park, and he will have to undergo anger management counseling.