ALBUQUERQUE, N.M.- Albuquerque police want to find the man who killed a woman outside a gas station.

He’s accused of shooting a woman, leaving her for dead, in Sept. 2018.

Court documents say he was arrested on the night of the crime for negligent discharge, and drug possession, both of which are misdemeanors.

BCSO said they were not able to charge him with murder because they were waiting on evidence from the state crime lab. 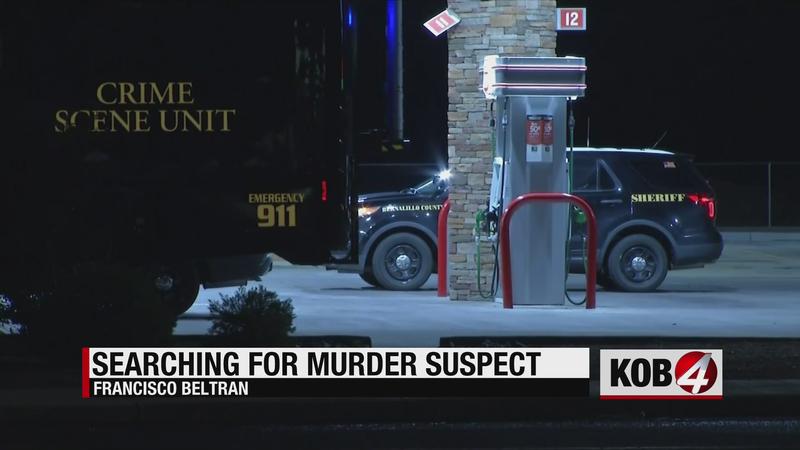 In 2019, a warrant was issued for Beltran’s arrest, charging him with the murder.

According to the warrant, the bullets used to kill the woman matched one of the guns found on Beltran at the time of his initial arrest.

He’s also facing two counts of larceny for stealing the guns from a different woman’s house.

When asked why the district attorney’s office dismissed the initial charges, a spokesperson sent the following statement:

The initial criminal complaint against Mr. Beltran was filed by a Bernalillo County Sheriff’s Deputy in September 2018 and included two misdemeanors and two petty misdemeanors. Upon closer review we discovered that this individual was also under investigation for more serious offenses by BCSO and, after consulting with the assigned detective, we dismissed the misdemeanor charges in order to complete the investigation which ultimately resulted in an arrest warrant for first degree murder the following year.

Anyone with information about Beltran or the crime is asked to call Crime Stoppers at 505-843-STOP.