ALBUQUERQUE, N.M. – There are new details tonight on an apartment fire that hurt a 3-year-old baby and a woman.

One woman is in a medically induced coma after her apartment caught on fire on Friday and now her family is waiting for answers.

Brianna Rushing her husband Joel live in an apartment on Pennsylvania but yesterday when Joel was at work he got a phone call no one wants to get.

“She called me immediately, told me that our apartment was on fire and I didn’t know how bad it was but we pretty much lost everything,” said Joel Rushing.

Burnt piles of clothes and toys are all that are left inside.

“After she got our daughter out she went back in to try and rescue our two cats that we have and I want to say that there is nothing worth running back into a fire for,” said Joel.

When she went back in, she was severely burned. She’s now being treated at UNMH for her burns and for smoke inhalations. Her family hasn’t been able to visit and her husband has not seen her since he went to work Friday morning.

While he is grateful his daughter is safe, he wants to warn anyone who might get caught in a fire.

“I love my wife to death and there is nothing that is going to change that but don’t ever run back into a fire, anyone, because this could be the result,” said Joel.

A GoFundMe page has been set up for the Rushing family. 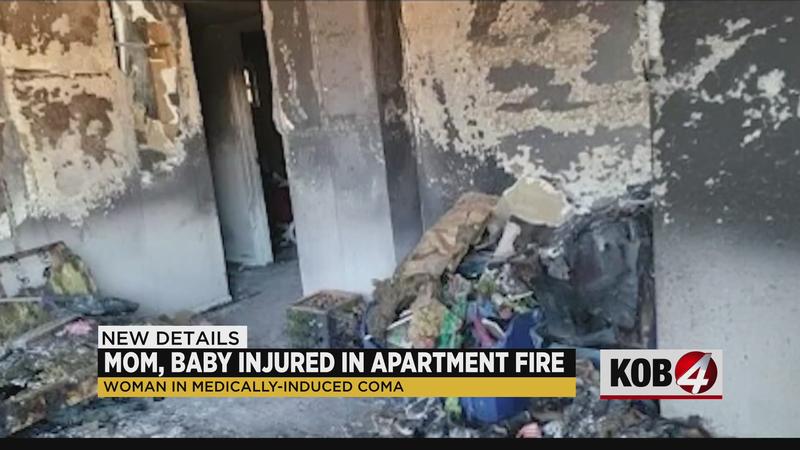