Man who attacked gas station employee to stay behind bars

ALBUQUERQUE, N.M. – Courtney McMalep has an extensive criminal history and Tuesday the state asked a judge to keep him behind bars until his trial.

Last Thursday, McCalep was caught on camera attacking a store clerk after he tried to leave with booze. Video also showed him going after a man who tried to intervene.

Appearing virtually, McCalep was not impressed with the evidence the state brought against him, including a phone call he made from jail that is not helping his case.

The defense reminded the court McCalep is innocent until proven guilty, but the judge said his lack of remorse makes him a danger to the public.

“While I understand they are allegations and Mr. McCalep like every defendant in the United States is presumed innocent, we have surveillance and we also have Mr. McCalep on a jail call basically confessing, not only is he confessing he is also laughing about what he did,” said Cindy Leos, 2nd Judicial District Court judge.

Leos ruled he will stay behind bars – a decision McCalep was clearly not too happy with.

The judge also noted McCalep has three pending cases against him from this year alone and two of them were violent crimes. 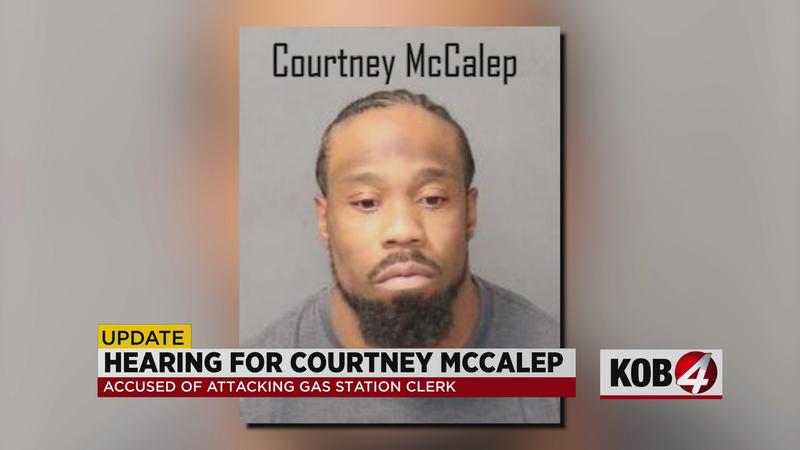