Man who confessed to multiple murders will stay behind bars

ALBUQUERQUE, N.M. – The man who confessed to multiple murders in the 1980s, Paul Apodaca, was back in court again Monday to see if he’ll be released before his trial.

Investigators said Apodaca confessed to stabbing and killing UNM student Althea Oakley in 1988, and as of right now, he will only be charged for her death.

The state asked the court today to keep Apodaca behind bars until his trial next year. Based on his extensive criminal history, the judge agreed.

At the beginning of Monday’s hearing, the state took more than seven minutes to list off Apodaca’s criminal history.

“I’ve highlighted all the felony cases: an aggravated battery felony conviction in 1990, two counts including kidnapping, a violent felony of aggravated assault against a household member, again a violent felony and convictions for false imprisonment and burglary,” said David Waymire, the state’s lawyer. “The remaining exhibits essentially deal with a case here in Bernalillo County that is aggravated assault on a peace officer.”

When it came to the defense, there wasn’t really an argument to what the state presented and in the end, the judge agreed.

“I am going to grant the state’s motion to detain Mr. Apodaca. I think based on his history, that includes 8 felony convictions, 7 of which are violent felonies,” said Cindy Leos, a 2nd Judicial District Court judge.

Leos added that there are no conditions that could be put in place that would keep the community safe.

KOB 4 also reached out to the District Attorney’s office to see if they will be charging Apodaca with Kaitlyn Arquette’s murder, and they said they are still working with APD to conduct a full investigation. They also said they need more than just a confession to bring her case to trial. 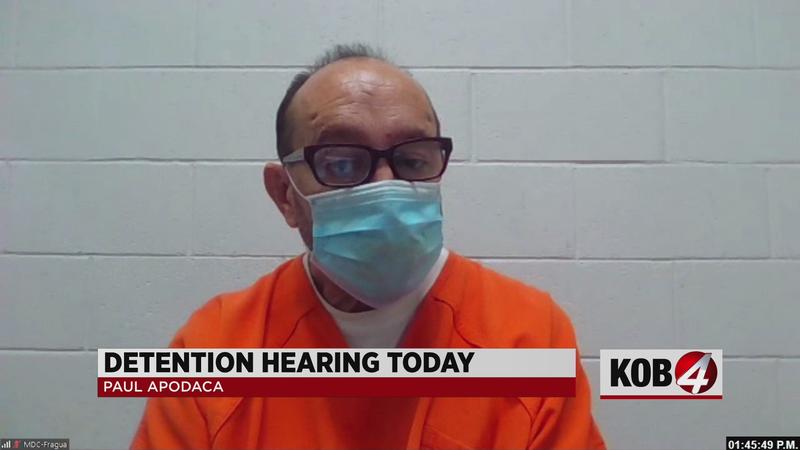