Many people choosing to stay on unemployment rather than work, business owners and analysts say

ALBUQUERQUE, NM.- New Mexico has quite a contradiction on its hands. It has one of the highest unemployment rates in the country with 1 in 12 out of work, and, at the same time, a worker shortage.

Economy experts and business owners are shedding light on one of the reasons — many people are choosing to stay on unemployment benefits rather than return to work.

As COVID restrictions loosen and businesses try to get back to normal, the shortage is certain to delay those efforts. 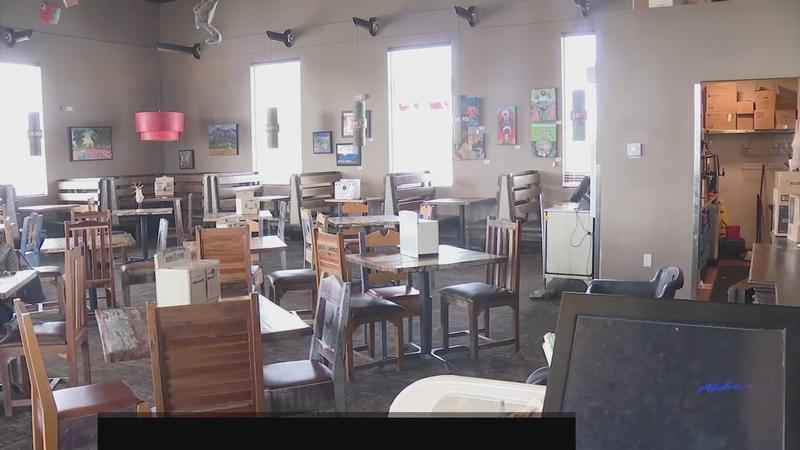 KOB 4 spent time looking at a few different important industries in the state to see just how bad the problem has gotten and found that it’s not just affecting entry-level jobs. It’s reaching areas that may be unexpected.

Range Café in Albuquerque on Rio Grande would typically be packed for lunch, but the last few weeks, it hasn’t been. After it was forced to close, then allowed to open again, then closed, then open again — COVID has taken its toll.

Owner Matt DiGregory is frustrated that he has yet another problem on his hands.

“Customers come in our restaurants and they see empty tables, and they say, ‘Why can’t I sit there?’ Well, we don’t have the bodies to handle it,” he said.

He couldn’t even go up to 100% capacity indoors if he wanted to. He still needs 100 more workers across his locations. In his three decades doing this, he’s never offered a signing bonus — until now.

“There’s just nobody to come work. It’s rampant. We get a lot of people who’ve come and applied and we can’t get a hold of them, their numbers aren’t valid. It’s just a constant battle,” DiGregory said.

DiGregory believes the problem could cause more restaurants to close this summer instead of more of them expanding.

“It’s a knife edge right now. We’re one more disaster away from going out,” he said.

He thinks the restaurant business may be changed forever, saying paying staff more and doing more with less will be the norm — if he can even stay open.

In rural Socorro County, if you look around Glen Duggins’ chile farm, something’s missing — the workers.

This is his 37th year walking down his rows of crops, and now, he’s wondering why he’s had fewer than half the number of workers he needs.

Chiles will begin popping out of the ground soon. The work that needs to be done right now is crucial to their survival.

“It’s heartbreaking,” Duggins said. “If you want the stuff on the grocery shelf, it took a lot of hands to get it there.”

People who think they are unemployable may have some new opportunities.

“Maybe they got a tattoo somewhere somebody don’t like or something like that, or maybe they had trouble — who knows what, but it’s a perfect time for those boys to come in and grab these jobs while those other boys are sleeping on the couch.”

He said he’d hire them, “In a heartbeat.”

Between the worker shortage and the drought, chile farmers don’t know how much of their crop they’ll be able to harvest this year.

Companies were able to keep working during the pandemic, so people might think the industry should be good-to-go now — but there aren’t enough workers in this industry either, and that means there are delays.

“The biggest holdback is in build time. Our cycle times have almost doubled over the last year and a half. We just can’t get things done in a timely manner,” said Jenice Eades, Director of Operations at Westway Homes.

This work pays well, but those who keep an eye on the industry, like John Garcia, have discovered that even with a red-hot housing market, a lack of workers is holding developers back.

“This is the biggest demand for housing that we’ve ever seen at least since the 2008 recession,” said Garcia, who’s the Vice President of the Home Builders Association of Central New Mexico.

Add in that other trades like electricians are low on numbers, and there’s a material shortage because of the pandemic, and Garcia believes the problems will persist – delaying more growth in our state.

Analysts say the problem is not going anywhere any time soon.

The University of New Mexico Bureau of Business and Economic Research team (known as UNM BBER) says the state is lagging behind the recovery process of most of the rest of the country, and a full recovery may not arrive until late 2023.

Director Mo O’Donnell says, compared to other states, we’re more reliant on the leisure and hospitality industry, which is obviously one of the areas the pandemic hit the hardest.

Business owners and analysts say people choosing to stay on unemployment benefits is a huge reason why there’s a struggle to hire more workers.

“They’re basically making too much on unemployment,” he said. “It’s easy to kick back and get a check every month and not have to do anything.”

“Most people are just sitting at home. They’re happy with their $600,” he said.

The same situation holds true for high-paying jobs in construction.

One person in New Mexico, who did not want to be identified, says, at times, staying on the benefits just made sense for them.

“I’m not ashamed to say that I was on unemployment because of the pandemic,” they said. “It was a godsend to me, to help me in a time of need.”

“I think it is really easy to rely on it, especially since the work search waiver is still in effect,” they said.

Normally, people receiving unemployment have to show they have been applying for jobs. That requirement is still not in effect in New Mexico, due to the pandemic.

Some people find the math often works out better for them if they remain on the benefits rather than return to a job.

Someone making minimum wage takes in around $420 in a 40-hour week. They get $225 a week in benefits from the state, but it’s the federal contribution of $300 weekly that changes the game. It’s set to end in September, but until then, that means the person is receiving $525 a week total — significantly higher than what they were making while working.

But there are many other reasons people have not returned to the workforce, according to the analysts who research economic trends, like Mo O’Donnell.

“That calculation at the moment makes it a little more attractive to continue to receive unemployment benefits.”

Some still have legitimate health concerns about getting COVID. Others want to stay home with the kids — who’ve been out of school. Many worry that the job they’d go back to would get cut if more covid restrictions come back.

He says unemployment benefits are relatively generous in New Mexico compared to other states when cost of living is considered.

The Department of Workforce Solutions, which handles unemployment claims, did not accept KOB 4’s request for an interview for this story, but it did send updated numbers.

There are just over 83,000 people in New Mexico receiving unemployment benefits, and the unemployment rate has stayed steady this year, around 8%.

As for the requirement that people keep searching for jobs, there’s no date right now for when that may go back into effect, according to a department spokesperson.

A governor’s office spokesperson sent a statement, saying, in part:

“The governor has been proud to lead an administration that has gone above and beyond, better than any other state per-capita, in making small business support available as New Mexico recovers from the effects of the deadly pandemic and looks to rebuild stronger than before.”

“… the state has worked tirelessly to provide both critical immediate financial relief and build long-term paths to recovery. The governor and her office are in frequent communication with the business community around the state and will continue to encourage them to make the most of these important support programs.”

“State agencies, including the Department of Workforce Solutions, are preparing to ramp up training and re-entry programs for displaced workers, and the administration will continue to stand up for workers and expand their opportunities throughout our economy.”

Anyone who’s looking for a job can find resources on the New Mexico Workforce Connection’s website.