ALBUQUERQUE, N.M. – Many school districts across New Mexico are no longer requiring masks indoors after Gov. Michelle Lujan Grisham announced on Thursday the state will leave the choice up to them.

School leaders are applauding the state’s decision to drop its mandate, as they gain more control over COVID decisions.

Many school leaders have similar reactions, saying this will be helpful for students and Friday should feel a little bit more like normal.

Albuquerque Public Schools are among the many districts lifting their indoor mask mandate. APS officials say the district weighed the pros and cons, and decided to trust our state’s health leaders.

“We are excited that the state feels like we’ve gotten to a good point,” said Gabriella Blakey, APS Chief Operations Officer. “We felt like they were telling us that we safely can, and our big thing is just to keep in-person learning.”

Last month was particularly rough for New Mexico schools. APS leaders say they had at least four staff members pass away from COVID in January. However, fortunately case counts are plummeting for APS – from a record-high 2,000 per week last month, down to around 300 now.

Even still, many students are still particularly worried about getting the virus. APS leaders say they will work to make sure everyone feels comfortable, including making sure students can sit farther away from others in their classroom if they want to.

Belen Consolidated Schools are also lifting their mandate. They’ve seen a huge drop in cases recently as well. Leaders are already discussing under what conditions they’d bring back the mask requirement.

“I believe the masks work, I do. Whether that’s popular or not, I do believe it works. But I do also worry about the effects of having our children, not necessarily with the masks on, but having them under DEFCON 5 for two years and always having to worry,” said Lawrence Sanchez, Belen Consolidated Schools Superintendent.

He called the mask decisions a “breath of fresh air.”

Statewide, district officials say they are glad to have more local control, and that’s something Public Education Department Secretary Kurt Steinhaus says he believes is important.

“Our students are going to learn more, feel better about themselves, because they won’t have that mask in the way,” Steinhaus said.

Other districts that have lifted their mask requirement include:

Santa Fe Public Schools have not decided yet. A spokesperson says they’ll make a decision before Tuesday, which is the next day students will be in class. 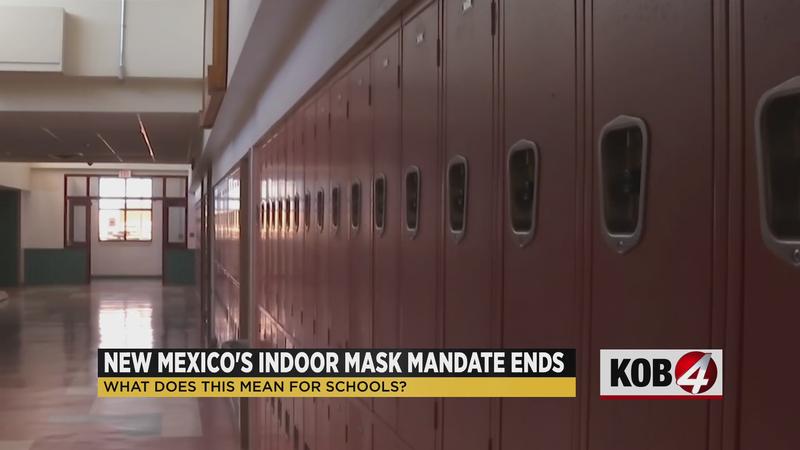