Map predicts when leaves will change colors in New Mexico

ALBUQUERQUE N.M.- Well it’s not quite fall just yet. There’s still a little over a week to go but parts of the state are already seeing signs of what is a lot of people’s favorite time of year.

Color changes in central New Mexico should start this week and continue into next week.

Northwest and north central New Mexico should see fall foliage around its peak from late this month through the first week or two of October.

Colors should peak in central New Mexico, including Albuquerque, along with the northeast by the second week of October.

In far southern parts of the state, leaves likely won’t start taking on the fall colors until the first week or so of October. 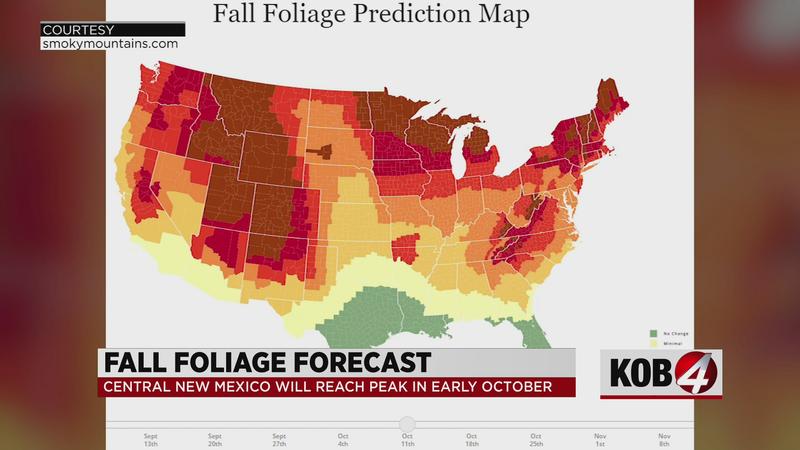