ALBUQUERQUE, N.M. — Albuquerque recently launched a new campaign, Vision Zero 2040, which aims to put the city on track for zero roadway fatalities and injuries by 2040.

However, police are already investigating a deadly crash that happened Monday night. According to the Albuquerque Police Department, a man was hit and killed by a car near Central and San Pedro.

Unfortunately, there have been numerous pedestrian crashes in that area. The Albuquerque Area High Fatal and Injury Network (HFIN) has compiled data from 2014 through 2018, showing the city’s most vulnerable spots for pedestrian crashes. The numbers are alarming. 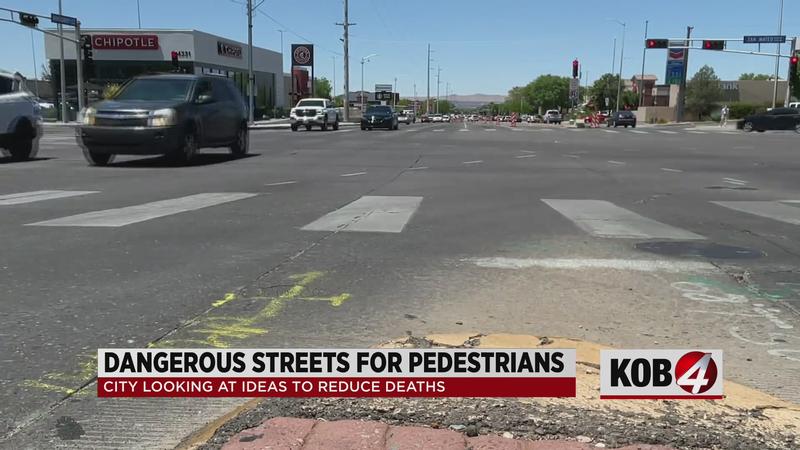 "There are high pedestrian casualties, we know around Coors, also around Central, that’s why we’re adding lighting," Keller said. "It’s one of our biggest issues, that’s one of the reasons we’re adding 300 new lights throughout different areas of the city."

The intersection of San Mateo and Montgomery also stands out – there were 2 reported deaths and 99 reported injuries, according to the HFIN map.

The city is planning to use this data to prioritize vulnerable areas as part of Vision Zero 2040. To see the map, click here.