ALBUQUERQUE, N.M. – Wednesday is the first 4/20 since recreational marijuana sales became legal in the state, but earlier this week the 420 Fest went up in smoke after APD denied their request to close multiple blocks of Central Avenue downtown.

But just because that event was canceled doesn’t mean people won’t be celebrating downtown.

The 420 celebration is actually being held in the OT Circus Alley off Central and they brought in 25 local vendors to celebrate the end of cannabis prohibition. And while no marijuana is being sold, they are asking folks not to smoke in public.

Organizers say this is a good way to ease the public into the new world of legalized recreational marijuana.

“Birdland the hippie store welcomes all to come down and join us for the end of prohibition,” said Jay Steinberg.

Steinberg says he has been a long-time advocate for legalization, and he wants to help get rid of any negative stigmatism marijuana may still have.

“What they can expect is a family-friendly 4/20 event, we are sponsoring legalization, we are making it fun. There will be people with jewelry paintings, some paraphernalia,” said Jay Steinberg.

While many vendors are marijuana themed, others are not, showcasing the different facets of the cannabis community.

“When we gather like this and we have art and food and music, we are just here as a family of like-minded people and so it’s not like we are sitting in some dank dark basement, we are out here and it’s going to be a beautiful day,” said Madeline Mariposa, vendor.

They say 4/20 is a day for celebration and folks have many options.

“There are many vendors and businesses along Central Avenue and other places in the city that are having festivities for 4/20, we just want to celebrate and talk about it,” said Steinberg.

Another event happening right downtown is at the Jam Spot on Central, doors opened at 4:20 p.m. where they had live music and even more vendors.

No marijuana was being sold at these events downtown, instead, they were promoting local vendors and providing education about recreational cannabis use. The event, hosted between 7th and 8th Street, will keep going until 9 p.m. Wednesday. 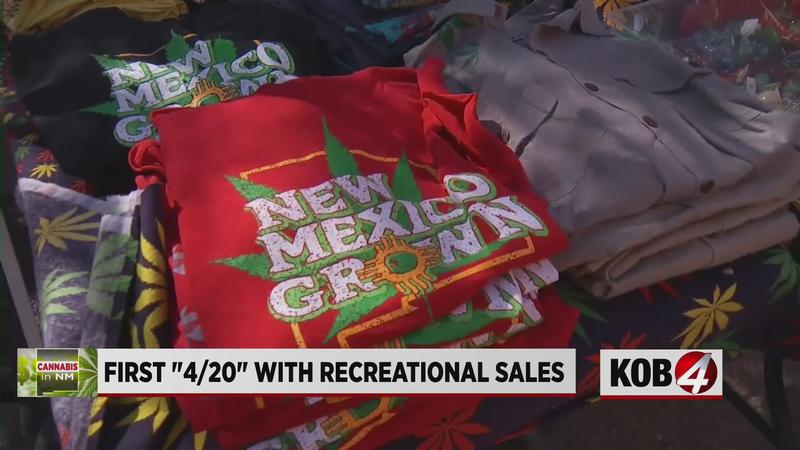