Scientists from Los Alamos National Lab will also be hoping everything goes smoothly — because part of New Mexico is on the rover.

"We built here at Los Alamos part of the instrument in this poster behind me, SuperCam, and it sits on top of the rover and it fires a laser beam at rock and soil anywhere about 25 feet away from the rover," said Roger Wiens, the SuperCam prinicpal investigator.

The SuperCam’s goal is to analyze the minerals and see whether there is evidence of any past microbial life.

"This rover is landing in a new place called Jezero crater, and it was once a lake," Wiens said. "We know that because from orbit we can see this whole river delta that comes into this crater lake. Some of the mineral content of this place is different from anywhere else on Mars. We’re hoping to answer some questions on what it was really like on early Mars when these minerals were formed." 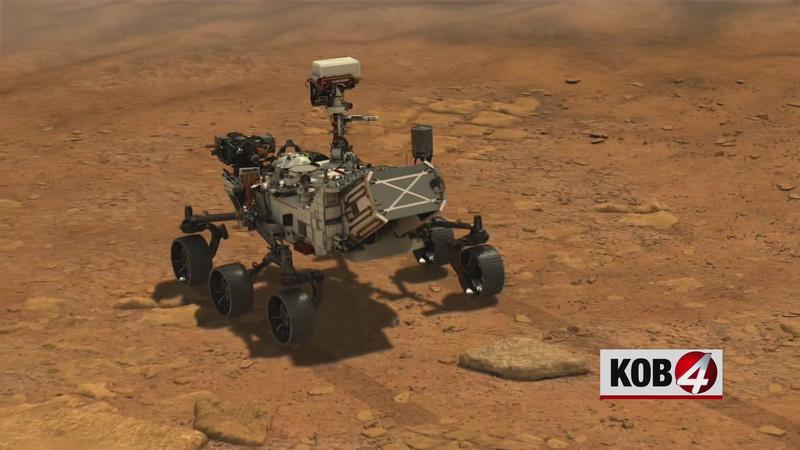 Not only that, but the camera has a microphone that will be able to pick up sound on Mars. This data will give scientists more information about wind on the Red Planet.

"I think we can congratulate ourselves as a state being at the top of the technology chain when it comes to NASA and space exploration," Wiens said.

NASA will livestream the landing online.