The first American woman gymnast – Mary Lou Retton was technically still a girl at 16 – to win the individual all-around gold medal. She said what matters most to her has nothing to do with degrees of difficulty and execution.

“I’m so happy it has evolved to that now, that mental health is now a platform and people actually get it,” Retton said. “There was no way I would have been able to come out and say I can’t do it, I mean back in those days, it was you suck it up, in fact we showed no emotion, I mean we weren’t allowed to speak, we had no voice.”

But Simone Biles did speak up in Tokyo – putting her mental health and safety ahead of any medals.

Retton said she believes an athlete’s mental health is much heavier than any reward. 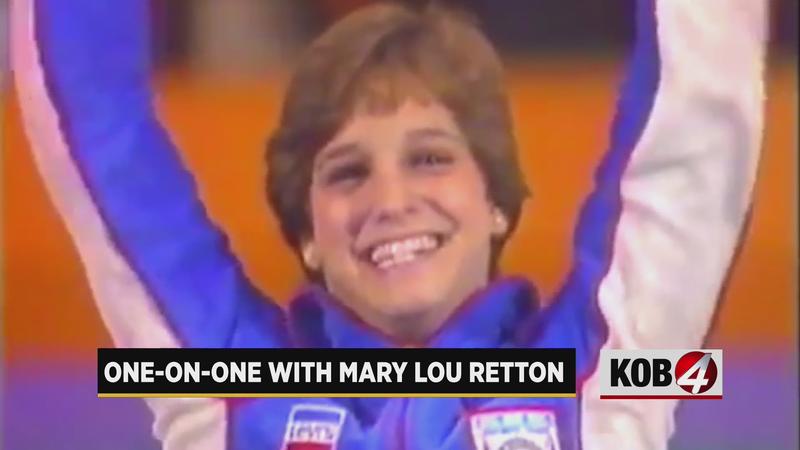 “If you get lost in the air doing the skills she’s doing, you don’t come down and like hurt your toe, it can be devastating, and she knows that – and we know that and the people in our culture, in our sport know that, but a lot of people don’t.” she said.

Retton admits that doesn’t mean everything she, and so many other gymnasts, endured was right and it has taken her decades to realize it.

“I mean I had other abuse but I wasn’t sexually abused, but having the coaches say, ‘and don’t you go home and talk to your parents about this’ and so we didn’t, I mean we were robots," she said.

The case of Dr. Larry Nassar – who is spending the rest of his life in prison for molesting hundreds of young gymnasts as the US team doctor was brought up.

“A sport that you love and to have that much evil, it’s woven in every fabric of my being, I put my four daughters in it, that’s how much I loved it, how much I believed in it, but Nassar was just one aspect of it,” Retton said.

As they say – it’s in the blood, all four of Retton’s daughters are excelling in competitive gymnastics.