ALBUQUERQUE, N.M. — Fully vaccinated fans of New Mexico United and the Albuquerque Isotopes will no longer be required to wear masks at home games.

"We’ve been following CDC direction, we’ve been having a great relationship with the state and so when that mandate came down the other day about needing to wear masks for those vaccinated, we followed the governor’s direction,” said Kevin Collins, director of public relations for the Albuquerque Isotopes.

“Currently for individuals who are vaccinated, they are not required to wear a mask to our games,” added Peter Trevisani, CEO of New Mexico United.

United announced the loosened restrictions Wednesday, a few days after they held their home opener. They said they waited to relax the rules because the CDC announcement was so close to their first game.

“We felt that especially for the first game, so many people committed to coming to that game under an older health order that was stricter, and so we wanted to honor those people,” Trevisani said. 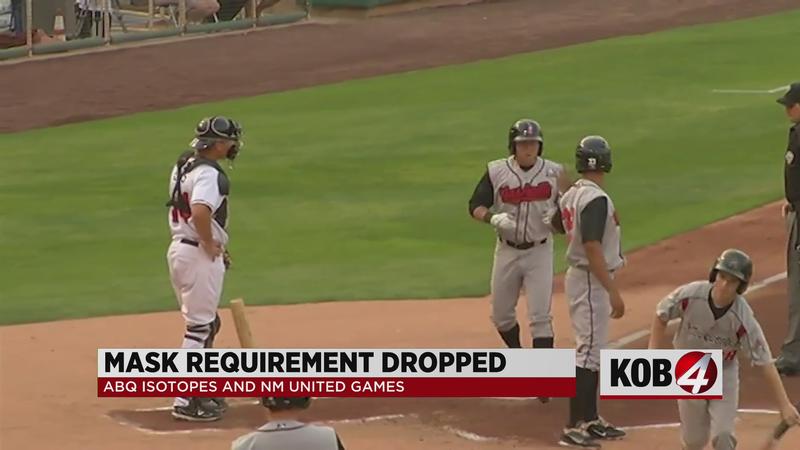 Even though the Isotopes dropped the mask requirement, they said they’re still suggesting people wear one.

“That measure will not be enforced,” Collins said.

Trevisani said they’re just asking fans to be respectful of others.

“What we’re recommending is that people treat everybody else with a sense of respect and understanding that we all come from New Mexico and we’re one big giant family,” he said.

Fans should expect to certain changes to stick around like touchless food and ticket options, social distancing, and extra hand sanitizer.

Tickets for June Isotopes games will go on sale Friday at 10 a.m.