APS spokesperson Monica Armenta says the mass exodus has led to a $17 million shortfall for the upcoming school year.

"The district has certainly experienced budget cuts in the past, just never to this extent," said Armenta.

The declining enrollment is not a new problem, or one unique to Albuquerque, just intensified. According to the APS website about enrollment, more than 10,000 students have left the district since the 2016-2017 school year, but APS lost about half that amount in the first full year of the pandemic alone. That’s been a shock to both district representatives and teacher union officials.

"It’s a complicated and grueling process that we recognize makes a lot of people uncomfortable and it is not without pain at the district level either," said Armenta.

Adding to try and fix the issue, the district has to cut about 300 staffing positions. But that doesn’t mean cutting 300 teachers or staff members.

"I want to be really clear here,” Armenta said. “We’re talking about positions, not people. So we had about 200 positions open, we have put a hiring freeze in place but it looks like we are going to have to reduce our overall number by about 5%. So that means that at the school level, department level, there will be change."

For example, some teachers may have to move to other schools or teach different grades or content.

"It’s creating a horrible stress mess for everybody," said Bernstein.

She says concerned teachers have reached out to her about the situation.

"I’ve heard from a lot of people about possible moves. A lot of questions about whether or not seniority matters or the program needed at the school matters. Everybody is trying to figure out and they are worried for themselves and their colleagues."

Armenta says the district will have more clarity once APS finalizes the budget, which will happen in May. One factor is how many teachers are retiring or leaving the district.

KOB 4 also asked if this enrollment decline and budget deficit will impact teachers’ pay after Gov. Michelle Lujan Grisham signed a bill raising their salaries. Armenta says that will not happen.

“Teacher raises will not be impacted by the budget deficit because that money approved by the Legislature and governor is exclusive to that purpose.” 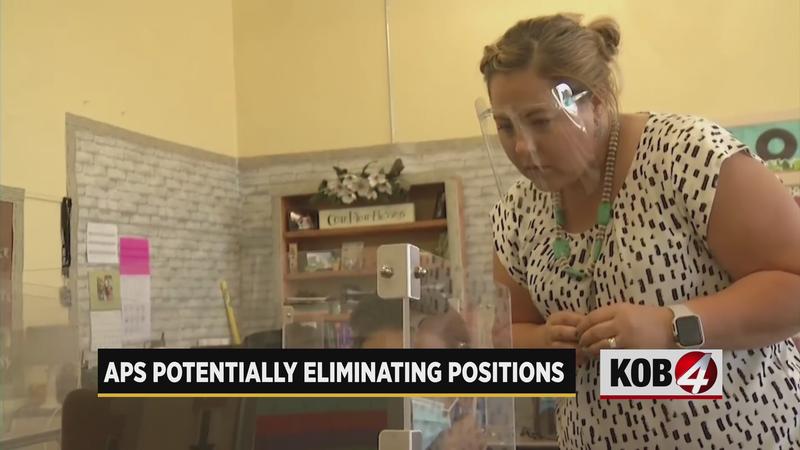